Having planned her whole wedding on Pinterest Maria knew exactly what she wanted when it came to her dream wedding. The very loved up couple went to Barcelona and then flew to Paris just in time for Maria’s birthday on the 28th September. She was adamant she wanted to go up the Eiffel tower on her birthday. They got to the top and little did Maria know Ben had smuggled the ring in their big camera bag and proposed at the top of the Eiffel tower on her Birthday. “A Birthday I’ll never forget” 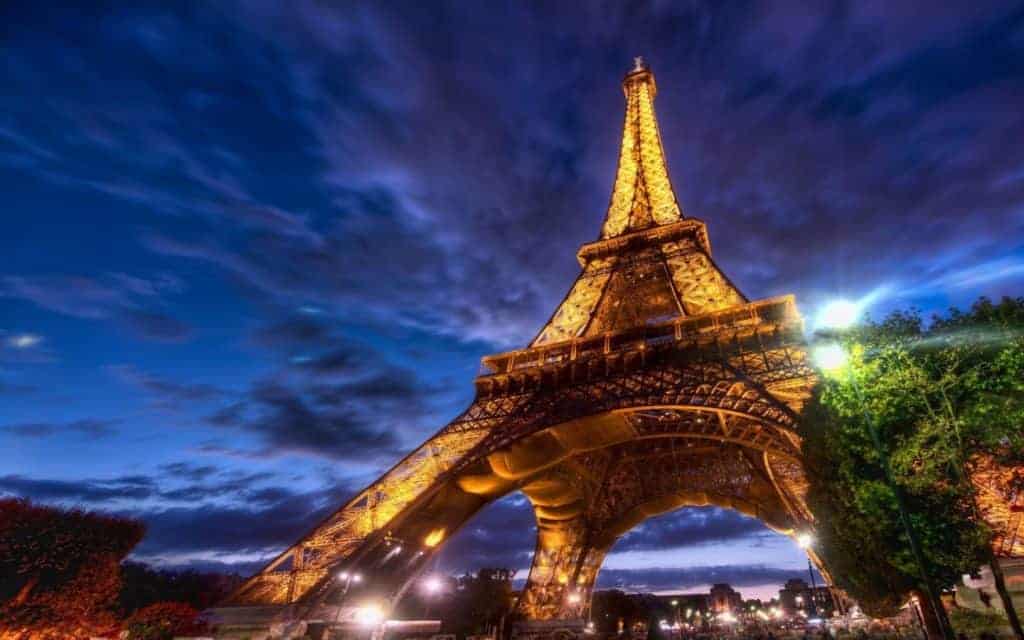 After the proposal, they decided to look at venues. Leez was the first and last venue they viewed together. They both agreed they didn’t want to look at anything else as it had everything they wanted.

“When we looked around we both agreed on everything! As you drove into the grounds it’s the wow factor it gives everyone. We liked the fact the whole venue was exclusively ours giving us privacy. We liked the fact we could spread out our wedding and utilize the rooms and grounds for each section of the wedding. And the icing on the cake was the accommodation it offered as most of our guests had traveled they were able to stay over and see us for longer which made it so special for us” 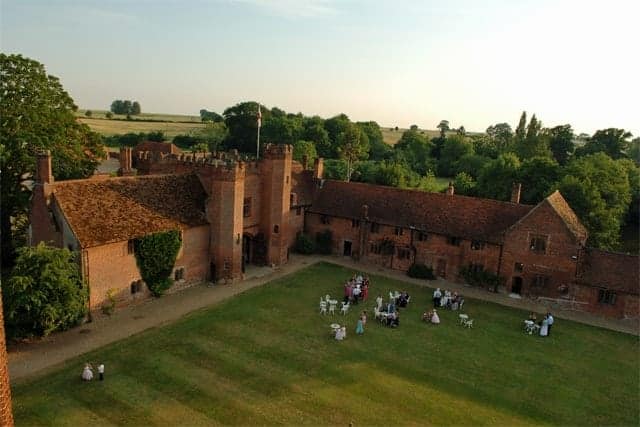 Maria’s Pinterest board became the online planner, for their vision. They both had the same ideas in terms of a theme for the wedding. Ben made rustic decorations which made the whole day personal to the Bride and Groom. Though out the day guests were blown away by the time and effort Ben had gone to, to make the day picture-perfect.

“My attention to detail went into overdrive making sure everything was perfect. From favour bags stamped with our names, to flower boxes engraved with our details and the colour scheme of the flowers to fit in with the venue and the theme, everything was thought about.” 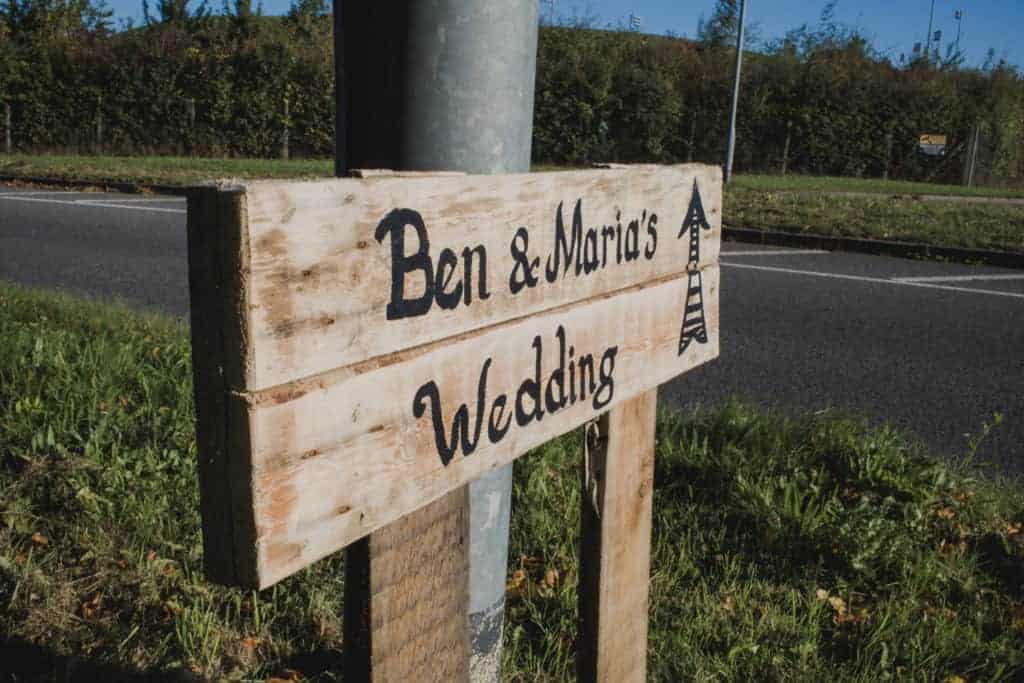 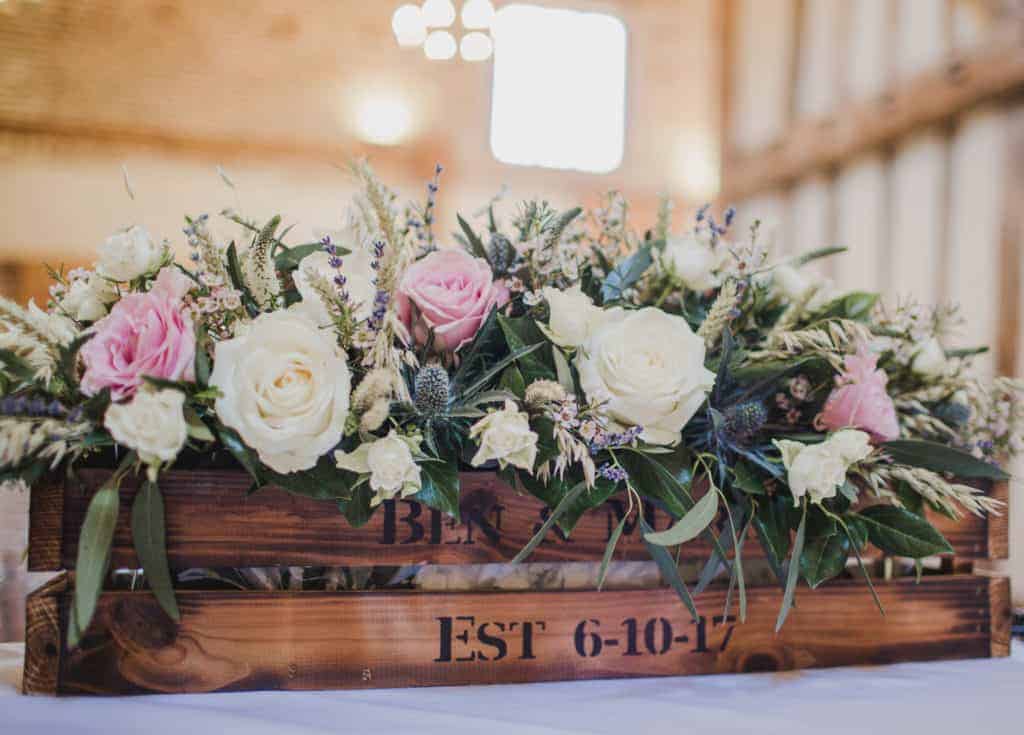 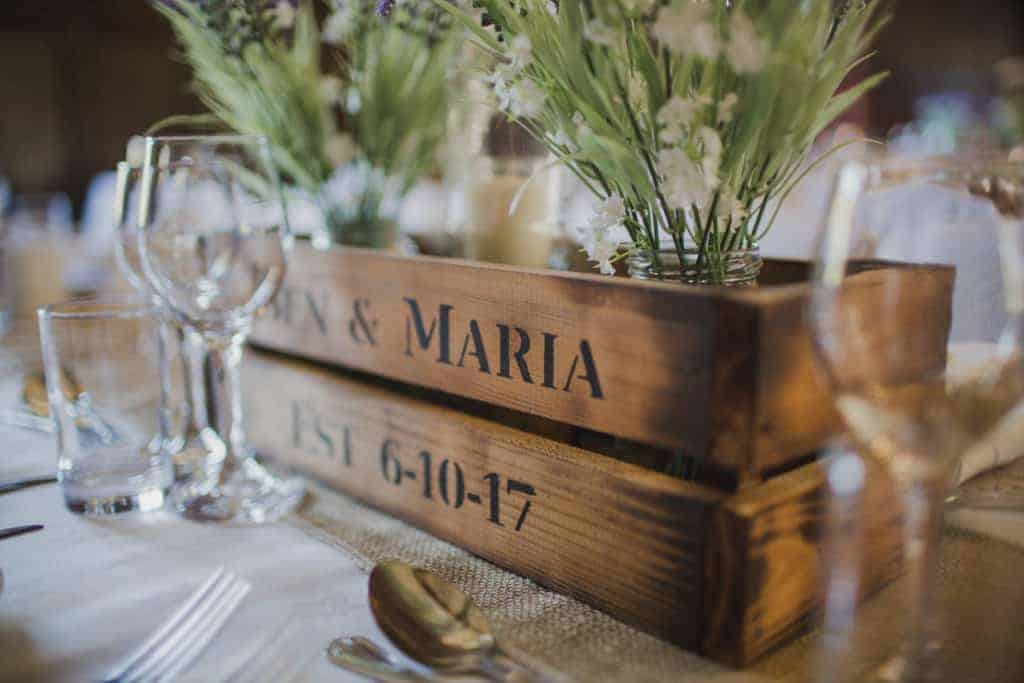 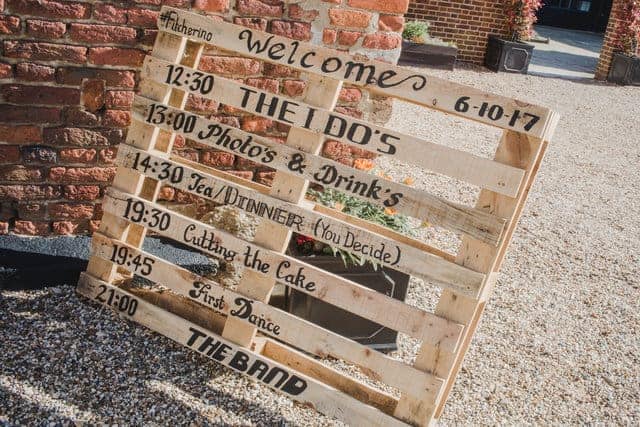 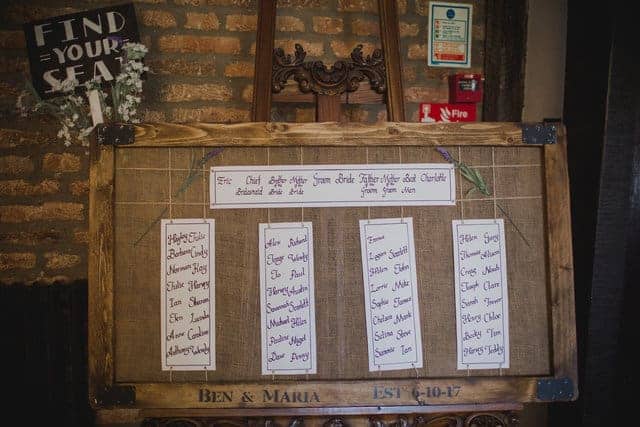 Even though the couple opted for an October wedding it felt like a bright summers day! The sun was shining which complemented the Pimm’s and Mojitos perfectly during the welcome drinks. 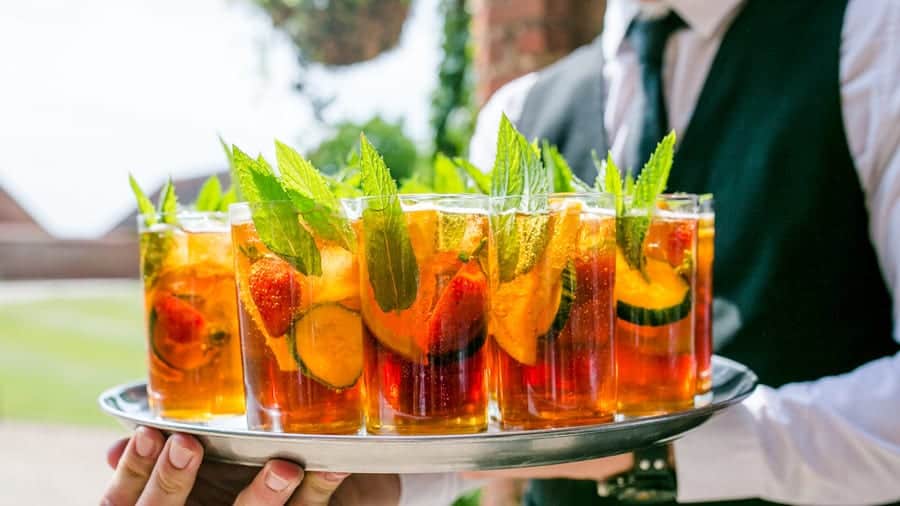 As they both tend to veer away from the usual they decided on having the tables set up in a banqueting style. 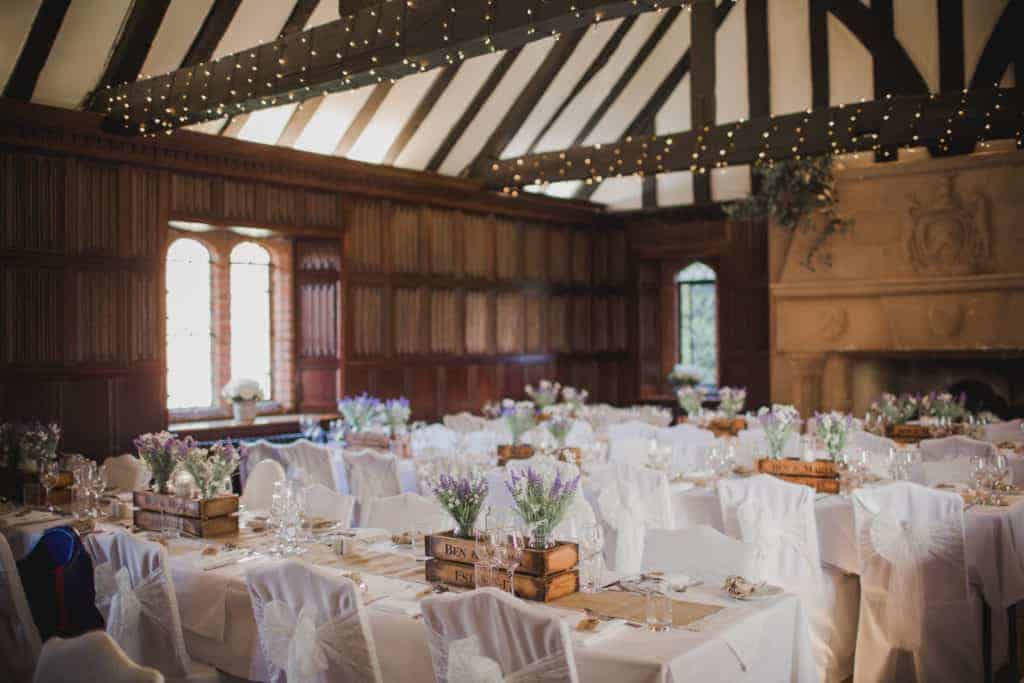 For Maria the ceremony was her favorite part of the day. They got married in the Coach House.

“We wrote our own vows which we hadn’t shared with each other so hearing them made us tear up! After the ceremony, we did the walk down to the main house followed by all our guests that was a real special feeling. We were greeted by our dog Rupert a Cocker Spaniel who someone has brought over just for the photos so he could be part of our day too – this was Bens favourite part of the day!”

The main theme was lavender from the invites to the flowers on the day they had dried and fresh lavender running throughout. The bridesmaid dresses were a silver grey, lavender colour. Ben’s wanted 3 tone suit. He had grey trousers with a navy jacket and a grey tweed waistcoat with a bow tie to match. The wedding dress was a champagne colour. Everything blended so well. 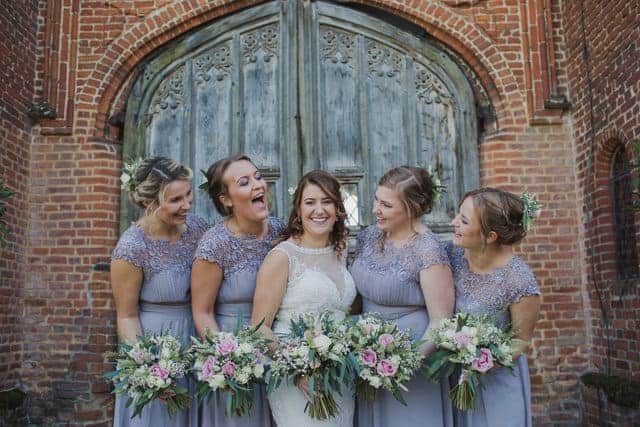 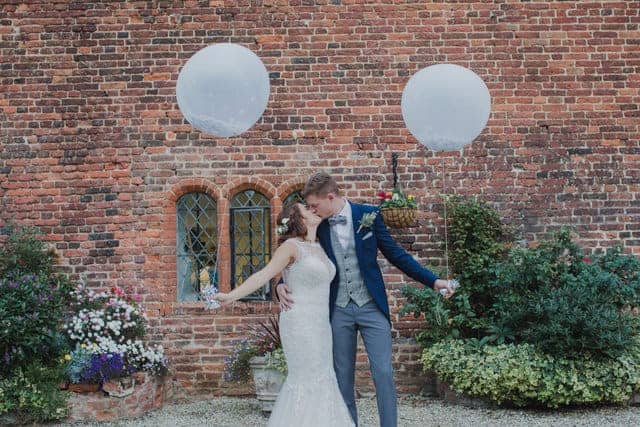 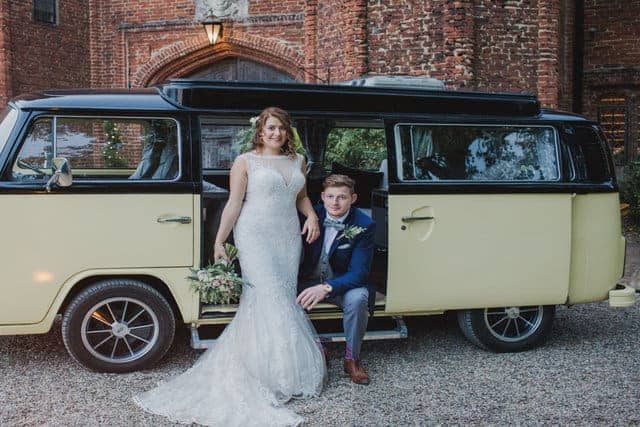 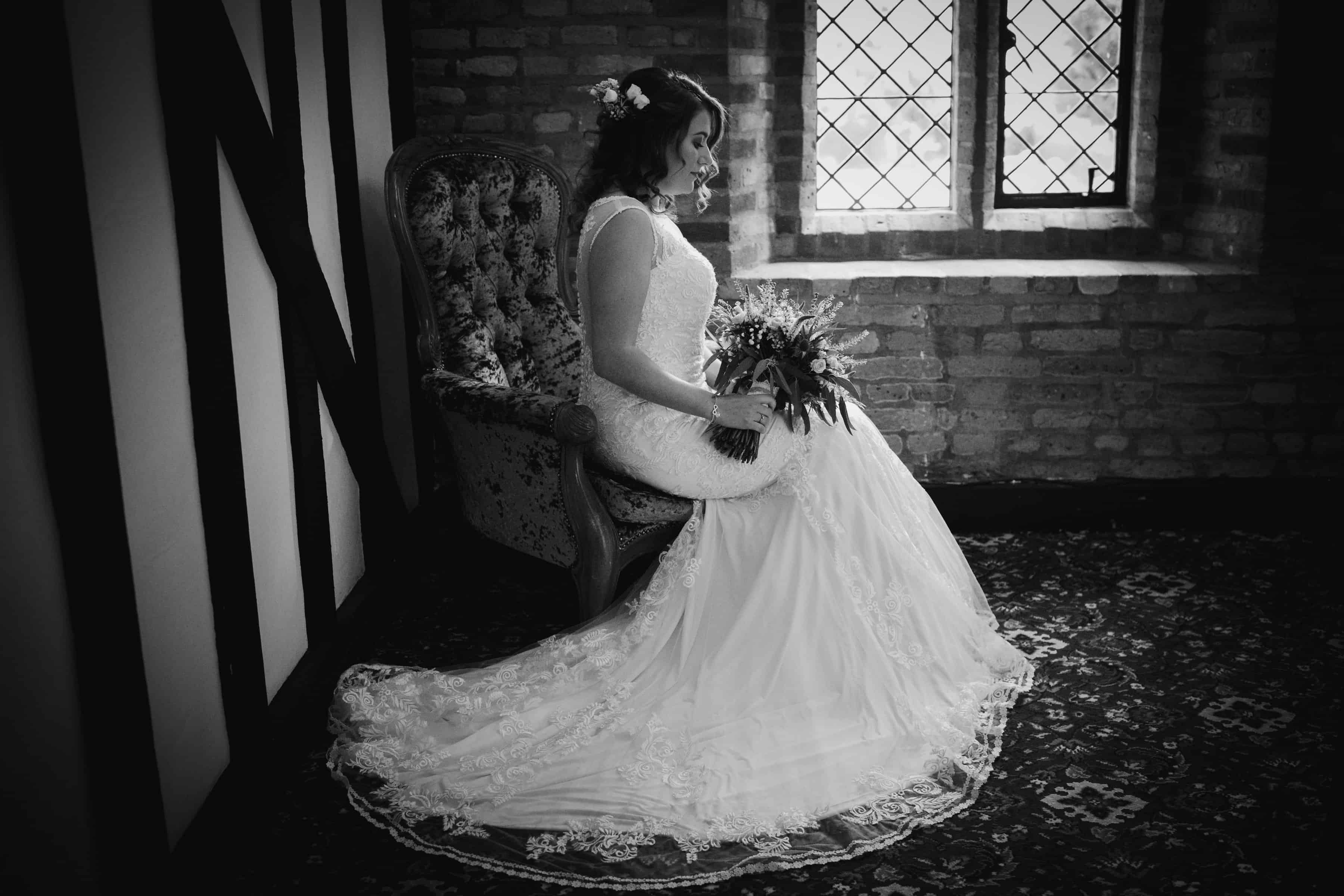 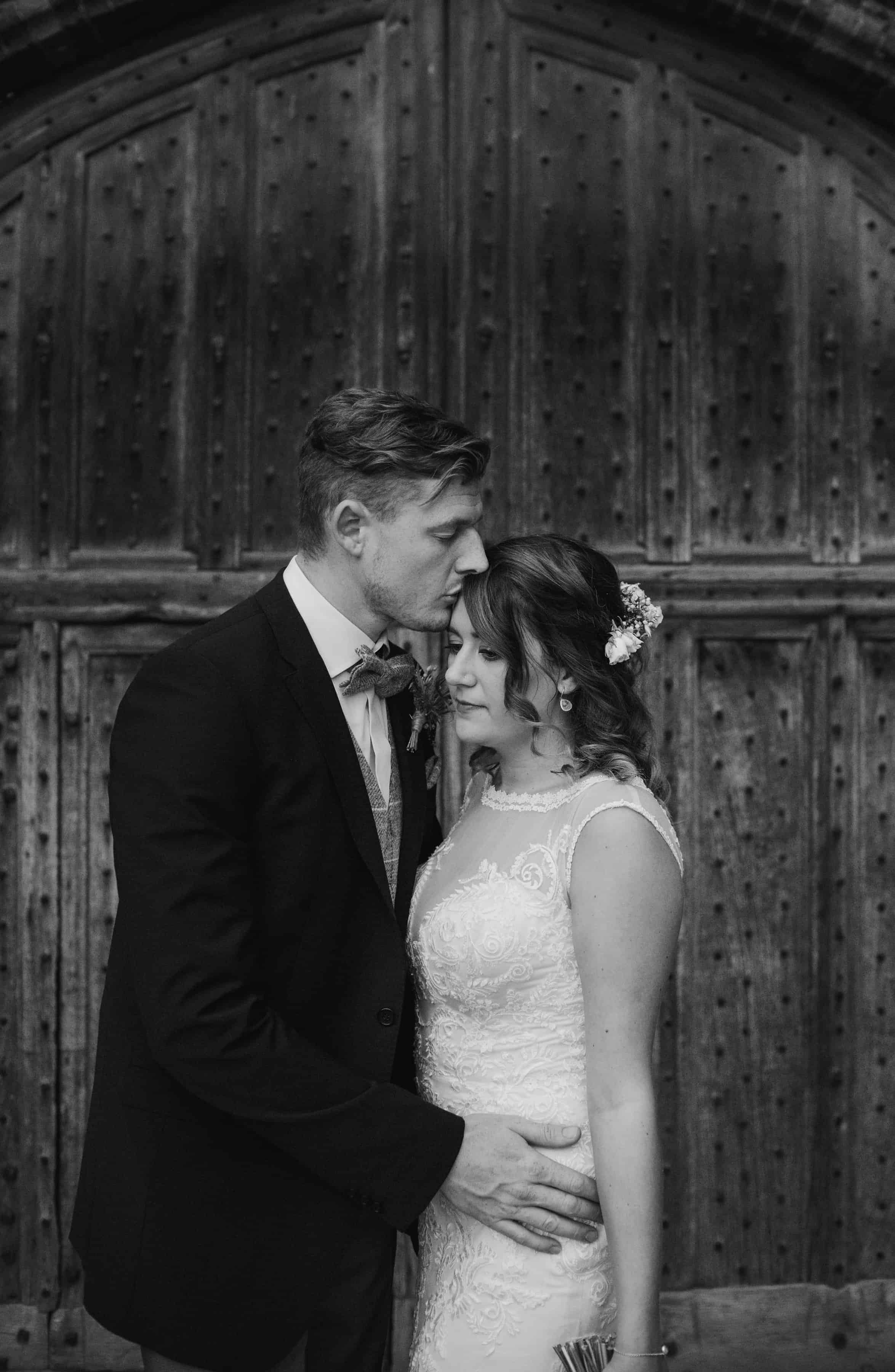 The first dance was Landon Austin, Best part of me. It’s a song not many people knew but you could tell both Ben and Maria knew every word and it meant the world to them. They did have a little help from a few dance classes leading up to the big day as Ben said “Maria has two left feet!” 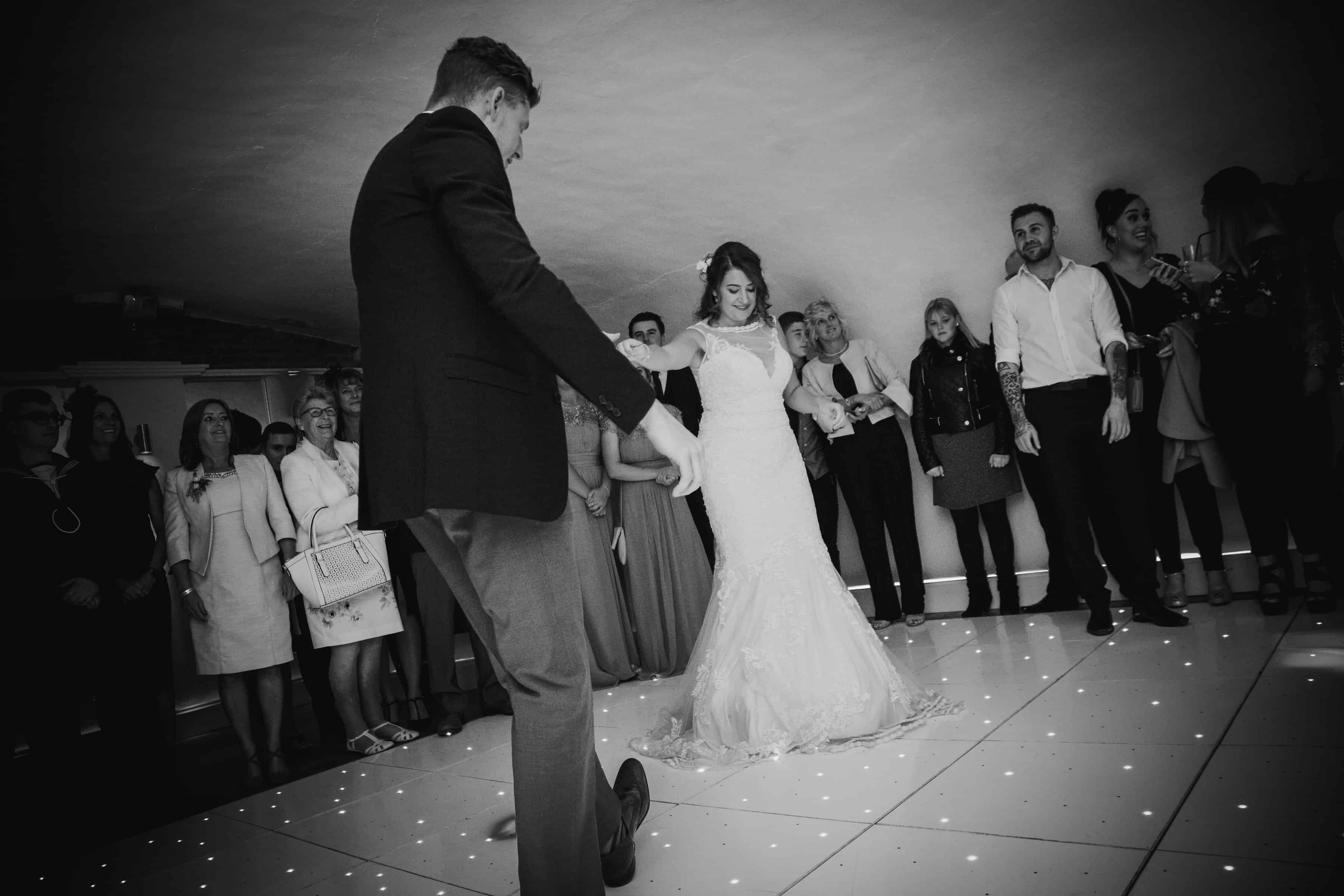 Let things happen! The day will go so quickly and you want to absorb every minute of it. If things go wrong don’t let it get to you, the bottom of my dress ripped my Personal Wedding Manager quickly pinned it and moved on!

In the evening take 15 minutes for yourself. Myself and Ben wandered off to the other side of the lawn to just had a catch up and soak it all in, we watched everyone dance in the courtyard and we could hear the laughter and it made us feel so proud that we had achieved it and everything had gone so well! 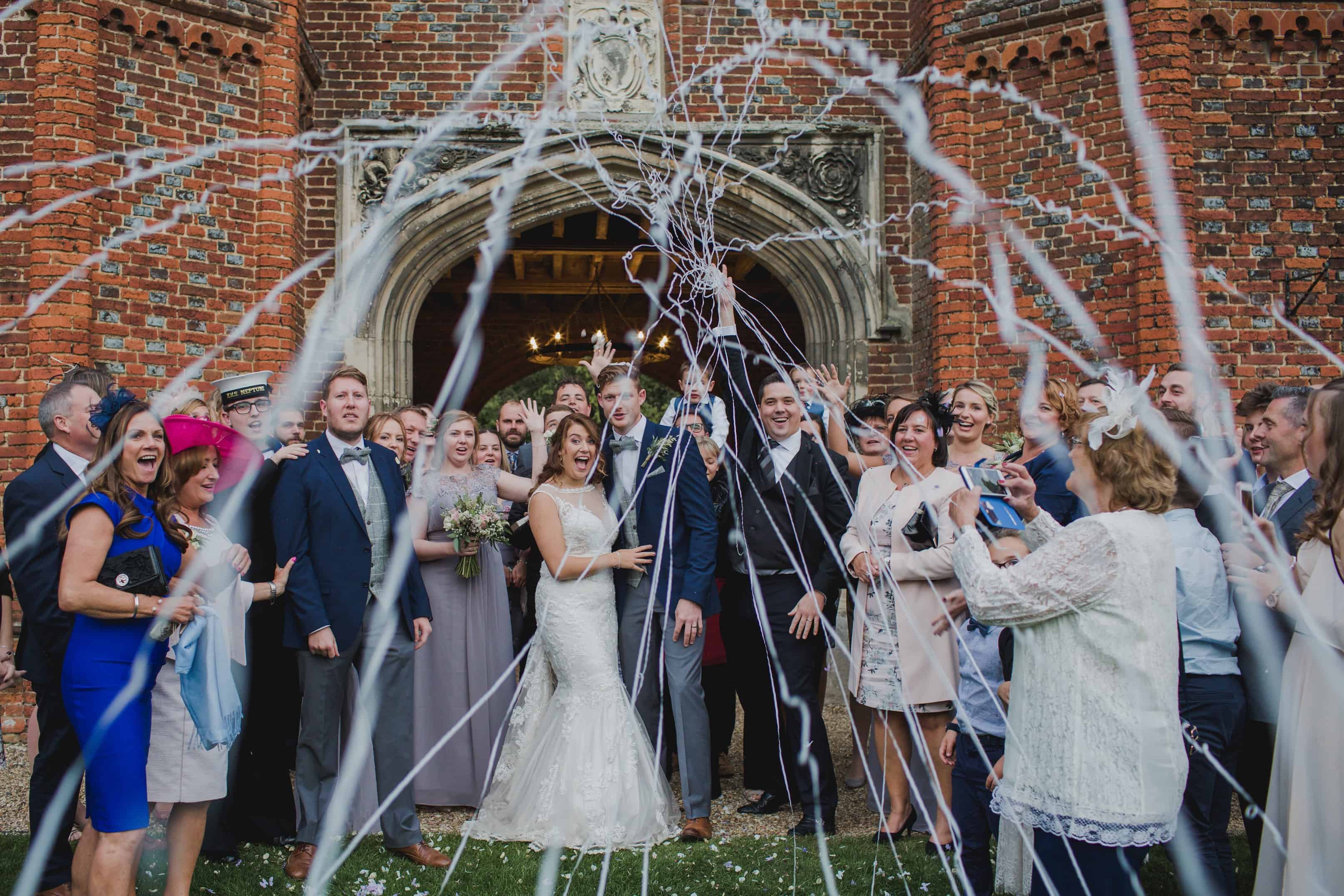 Maria and Ben jetted of to Thailand after the big day which they both said was like a little piece of heaven! 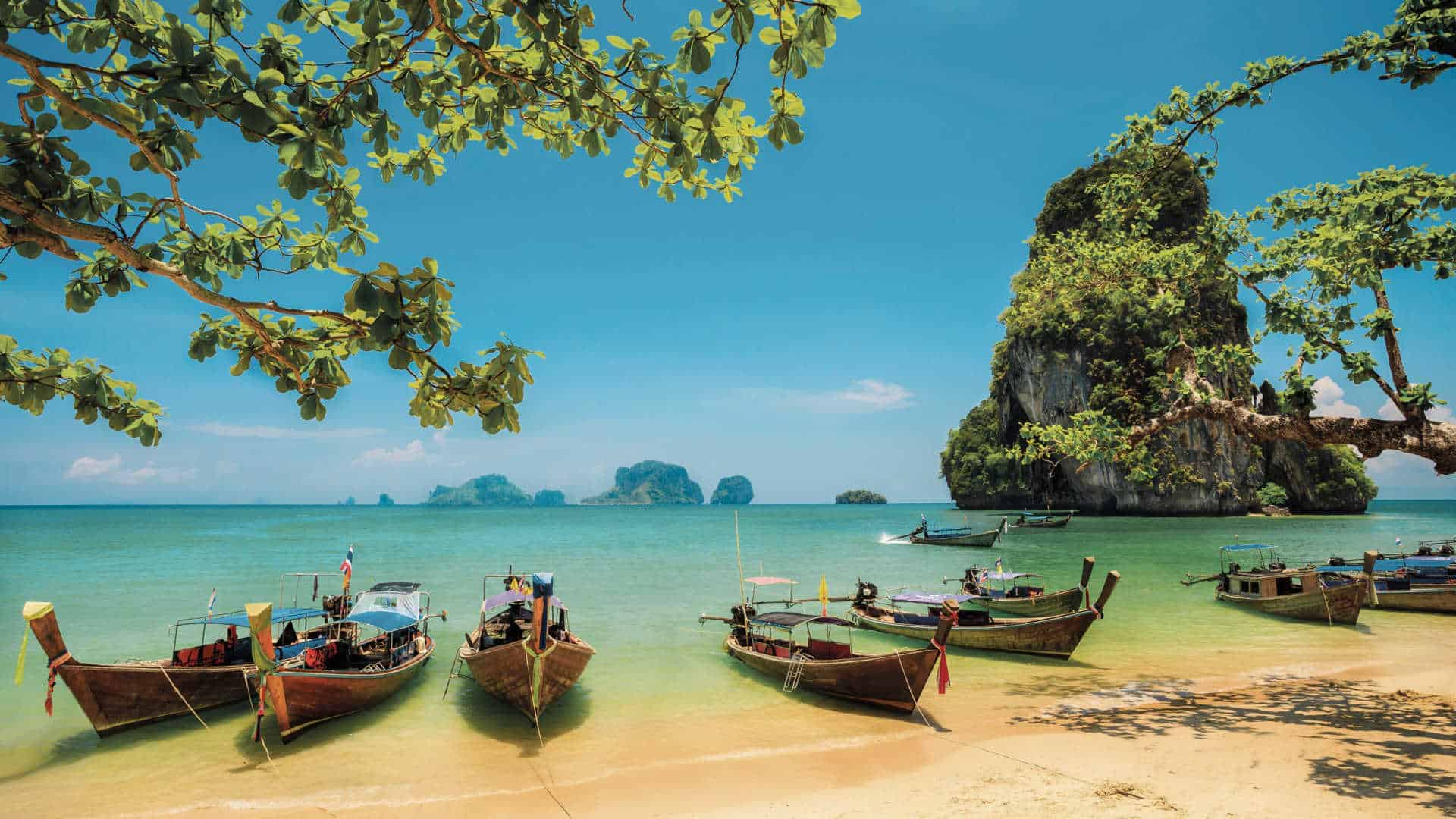