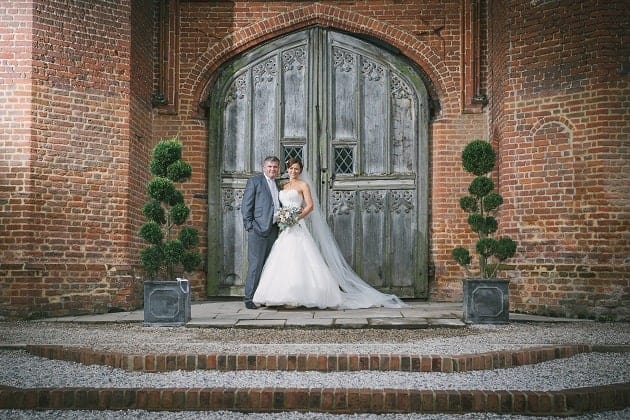 Leez Priory is steeped in history. It was built in the 16th century on the site of a former Augustinian monastery, founded by Sir Ralph Gernon. During the dissolution of the monasteries, Leez became one of the casualties. Soon thereafter, the remains of the monastery were taken over by Sir Richard Rich, who built the grand rose brick mansion we see today. Designated a Grade I listed building in 1952, Leez became part of Country House Weddings in the late 1980’s, becoming the first country house in England to be granted a licence to conduct civil ceremonies in 1995.

So, with such a long history, there are many beautiful spots to capture you and your beloved at your best. Leez features spectacular Elizabethan walled gardens and fish ponds, a glorious Great Hall and a converted coach house. Taking Leez spectacular and unique rose brick exterior as your starting point, some formal shots outside will be awe-inspiring, particularly with Leez as your backdrop.

We are really pleased with Wedding Ideas Mag‘s collection of 20 fun wedding photo ideas for your bridal party, especially those amazing group shots, which would suit Leez sprawling 40 acres of parkland. For example, we love the “king for a day” idea for the groom, with the groomsmen creating a pyramid with your new husband at the top. For the ladies, the “little treasures” shot of the bride with the small flowergirls is absolutely delightful. This will not only look beautiful in your wedding album, it will also give you and your friends something special to look back to in the years to come. This one is especially sweet.

Don’t let the formal aesthetic of the venue dictate your photographic style – instead, think about it as a gilded playground. Staying with the theme of fun and abandon, BuzzFeed has compiled 42 Impossibly Fun Wedding Photo Ideas You’ll Want To Steal. Focusing this time on some indoor shots, we recommend staging a perfectly symmetrical family photo in the Great Tower, which stands adjacent to the main house and outside the carriageway. Now, a great idea of the regal bedrooms is to capture the bridesmaids before and after they get ready, which could include a moment of carefree innocence, like getting a little bit silly jumping on the beds. 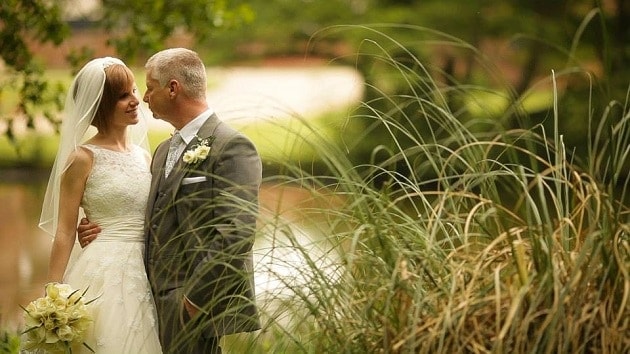 Back to the luscious grounds, we simply adore Confetti Daydreams ideas for the groom and his friends. Remember, boys just want to have fun too, so a boisterous shot would be to get the groom and his buddies to leap into the air in front of the house, a brilliant juxtaposition to have such spontaneity in front of this grand old building. For something that has a sweetness factor to it, have the guys grouped neatly into two rows while proudly tugging on their suspenders.

Of course, there a many intimate little spots for the bride and groom to show a bit of love in a photo at Leez, both snuggled up barefoot by the lake would make for an exquisite and charming image to treasure for a lifetime. Remember, Leez Priory is a venue for a really versatile selection of themes and styles to explore.