It was the last day of Diana and Ian’s mini break away celebrating 19 years together in Salcombe when Ian decided to pop the question.

Diana said, “It was such a shock as I had waited so long, and finally given up hope!” 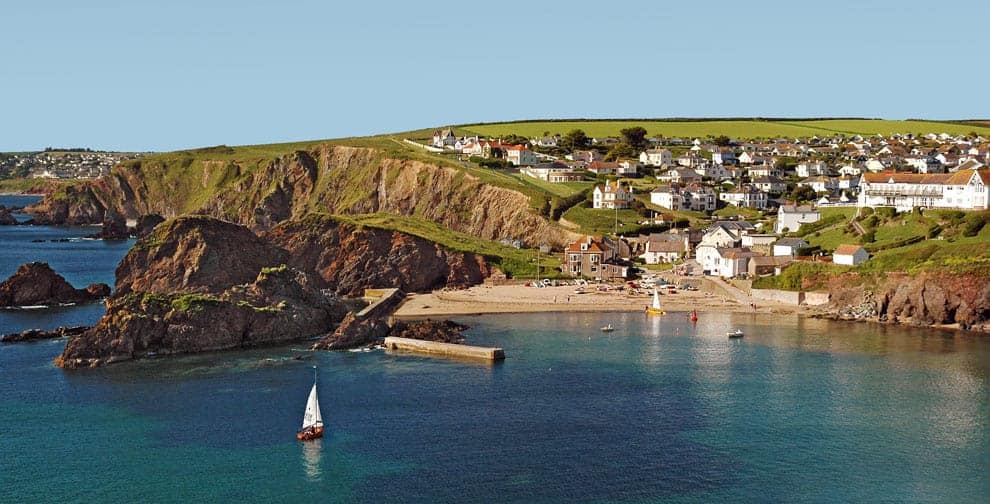 One positive of waiting 19 years for a proposal was Diana could gather lots of inspiration and ideas in her scrapbook (which was a secret of course). 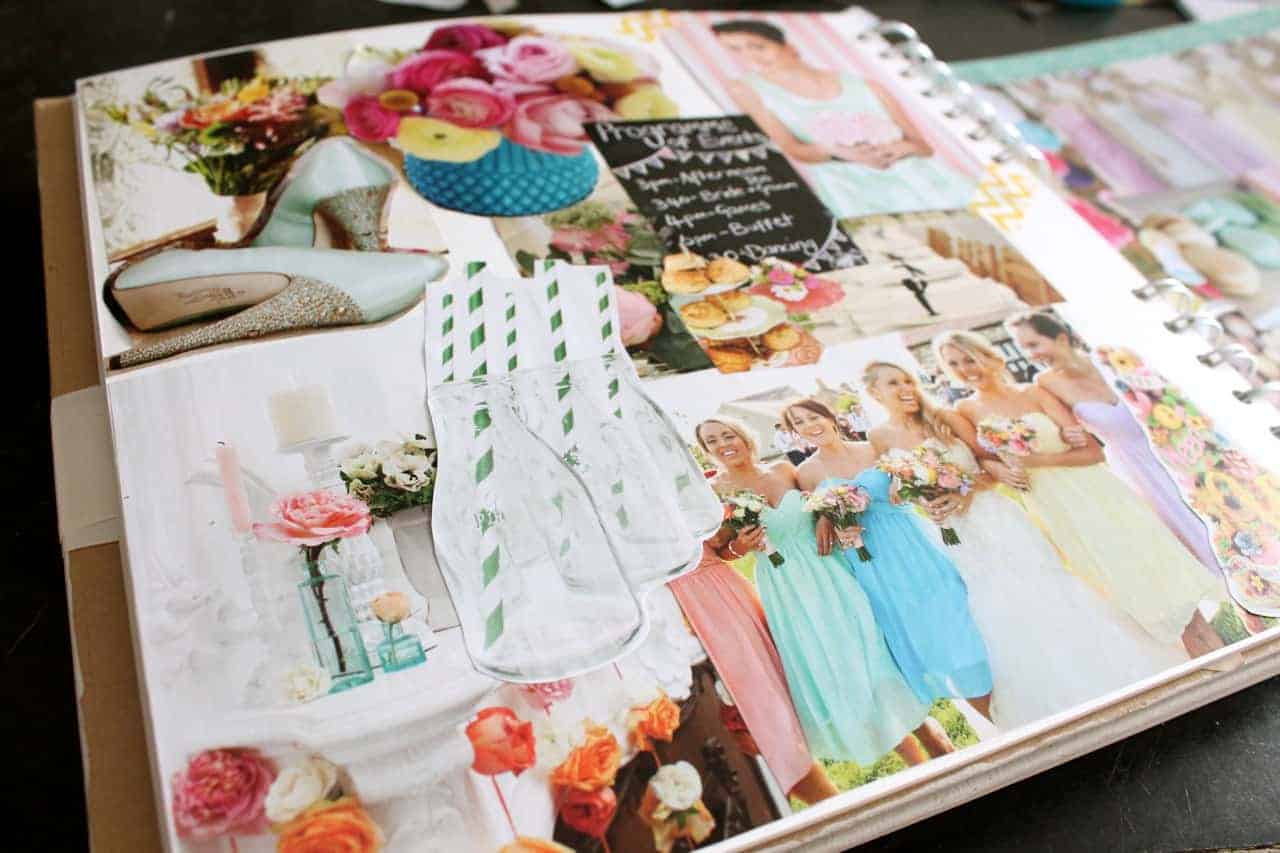 “Initially we were looking at abroad in Kefalonia for May 2015, but I wanted to see my shortlist of venues in my old scrapbook from 2005 for real (yes, from that long ago!).  We visited 7 venues on the shortlist, each one getting a rating for our ideals, but nothing was hitting the mark.  We then booked to view a location in Greece in May 2014.  It was looking very much like Greece was the option, despite family opposition.”

“I managed to squeeze in a viewing at a very busy venue. As we arrived we were blown away and everything just seemed to click with what we were looking for as we looked around. It was the entrance by candlelight that made it so special. We then were extremely torn between the rustic chapels in Kefalonia, Greece and Leez Priory, so we consulted the spreadsheets for guidance.” 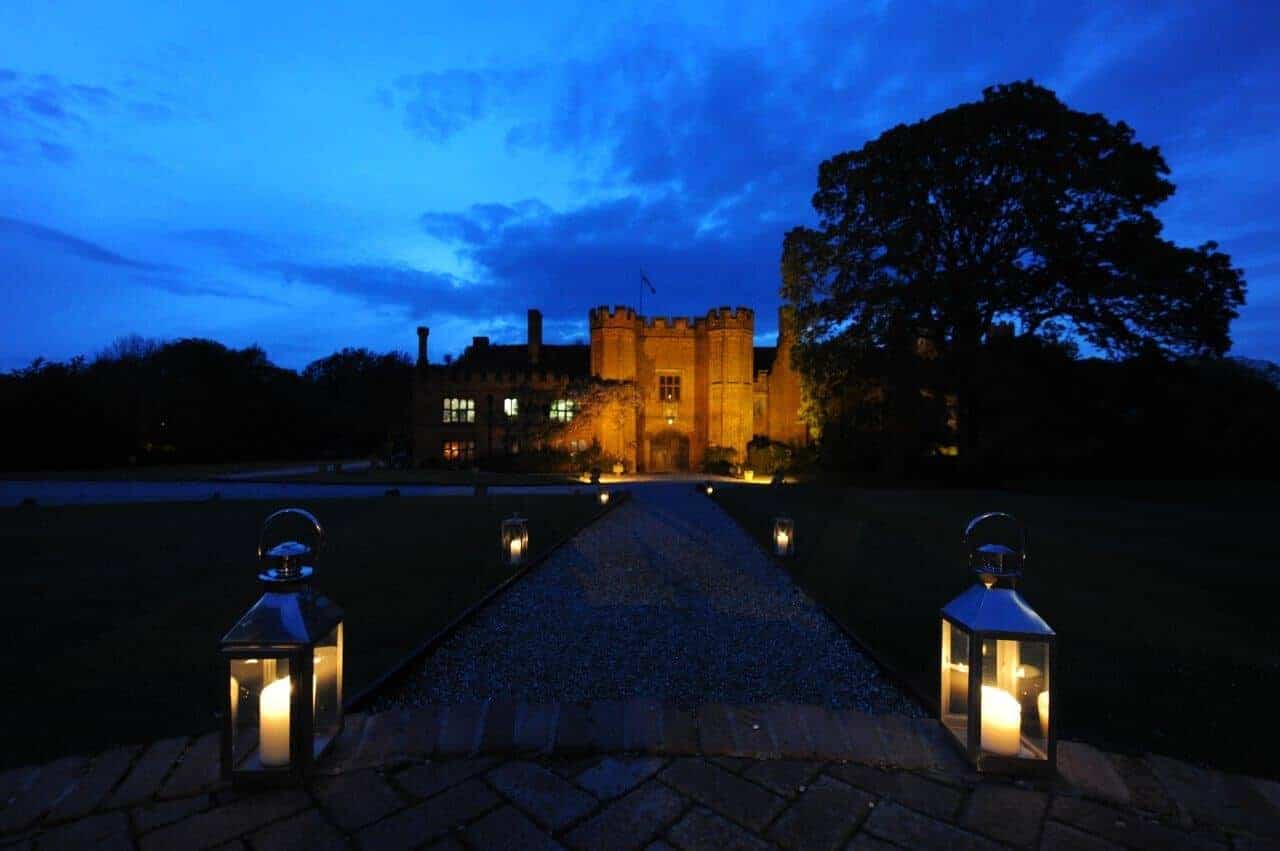 They were both in love with the character and the history that Leez Priory had to offer. The next step was discussing dates and prices. The couple started looking at dates but it soon became apparent that these dates were not within their budget. Our Sales Manager knew that they were in love with the venue so went to check other available dates and to see what she could do for the newly engaged couple. After looking at dates they were offered May 2014 at a discounted rate due to being only 3 months away. After mulling it overnight and it becoming apparent that 9th May 2014 was 20 years since they met, they decided to proceed, and the planning began.

“Luckily I had 19 years of daydreaming ideas to drawn on.” 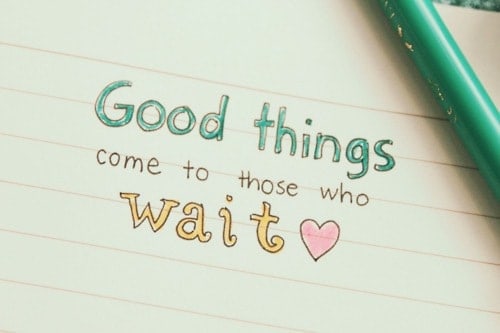 The sun came out and the confetti was thrown. Whilst photos took place they had Pimms, Cosmopolitans, the barman’s cocktail (Sweethearts) and canapés served. 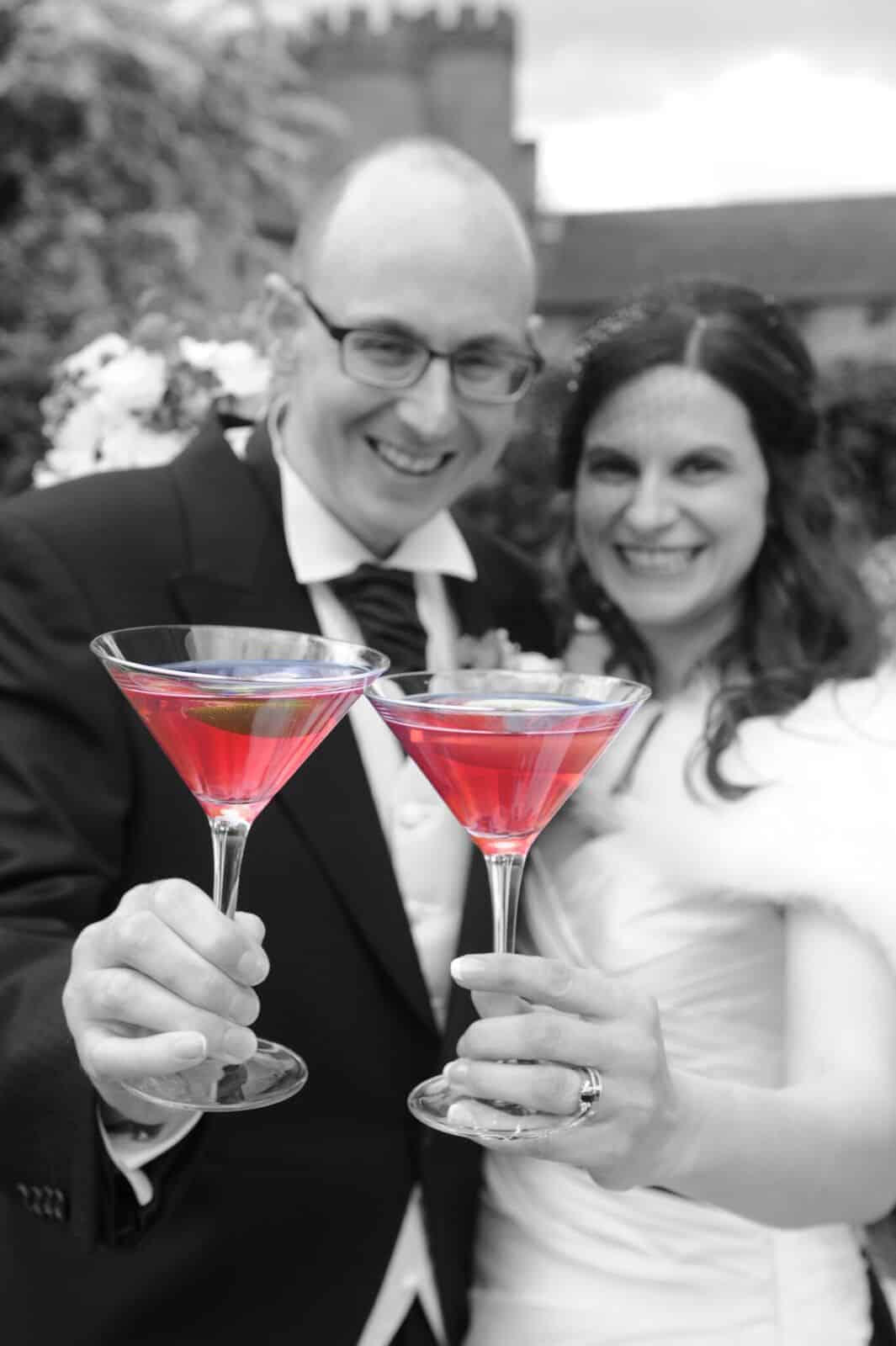 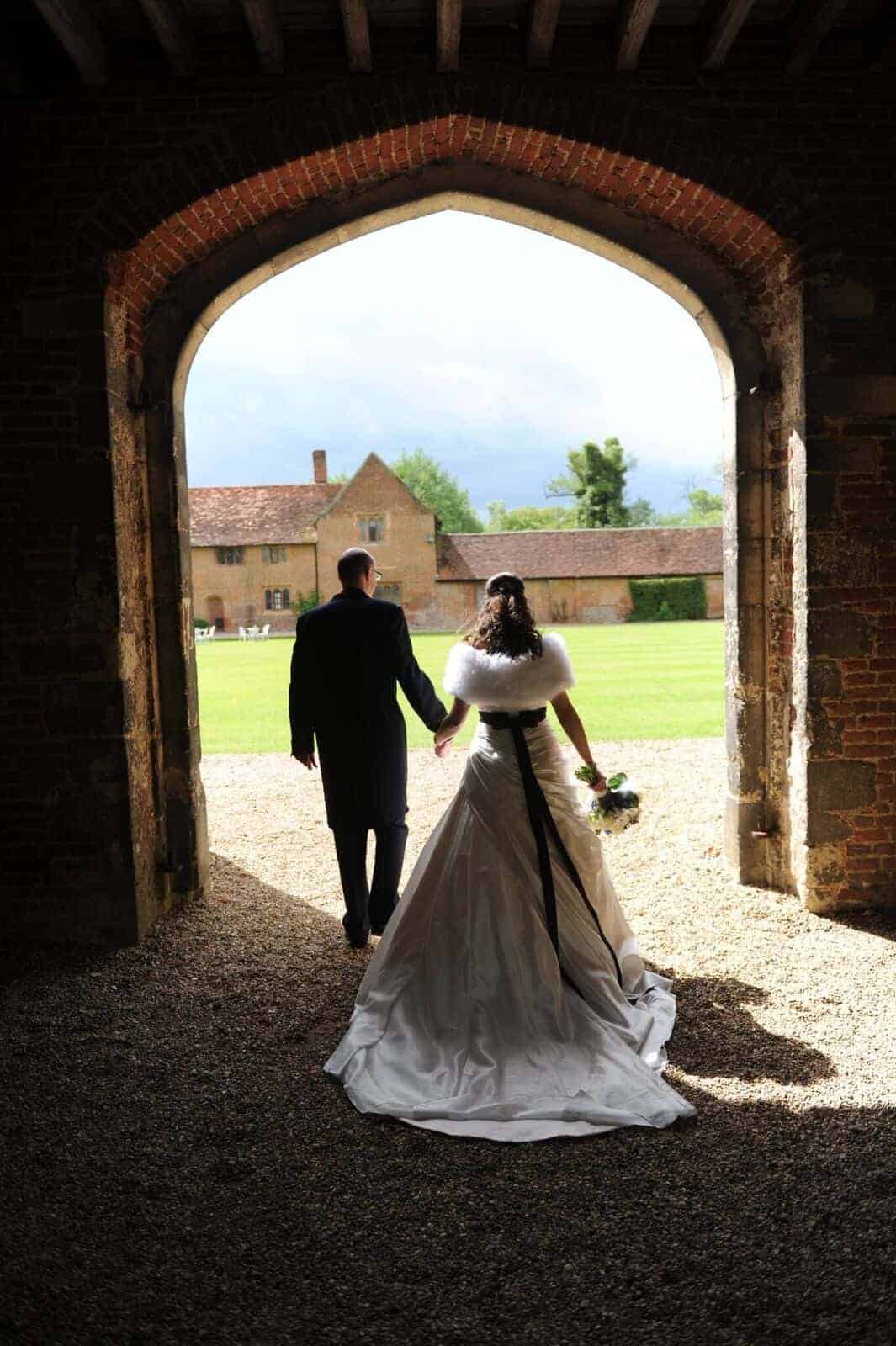 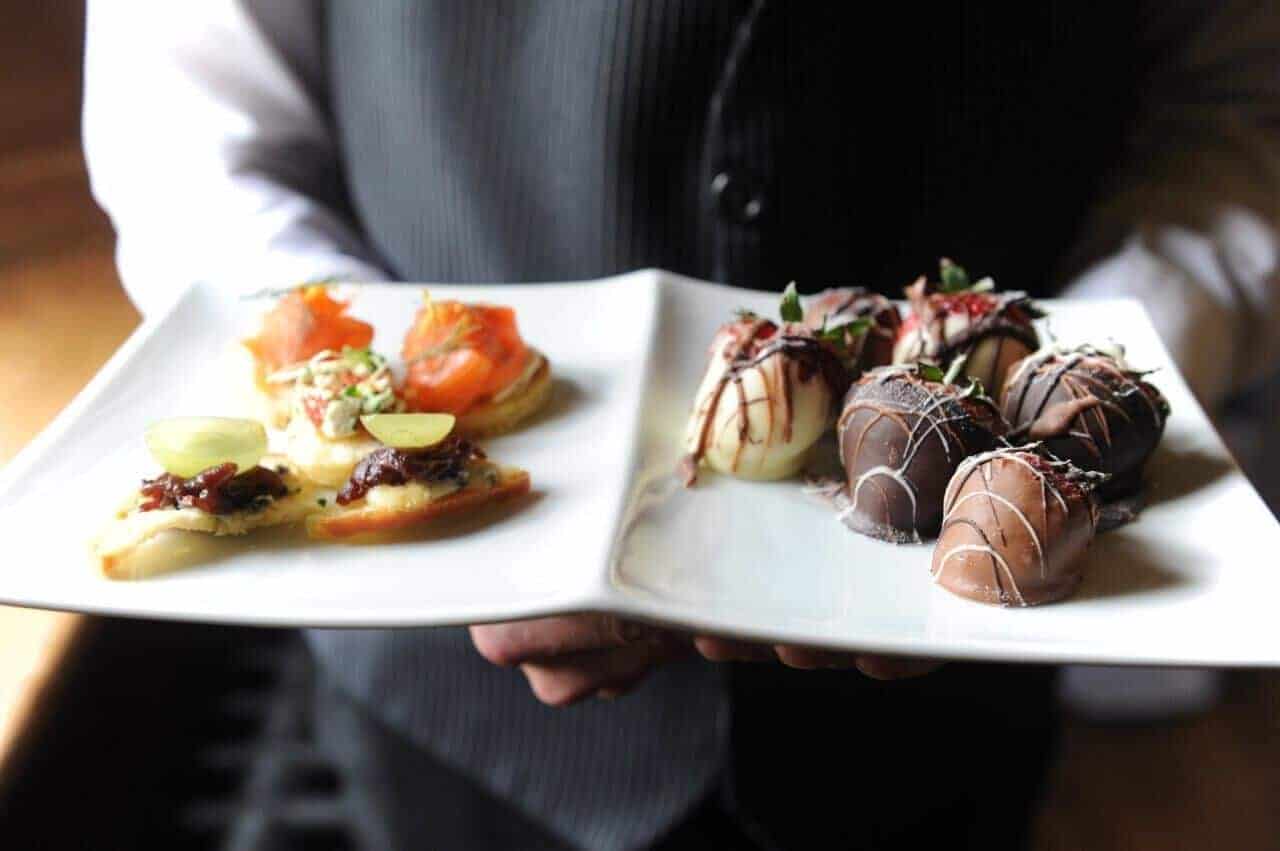 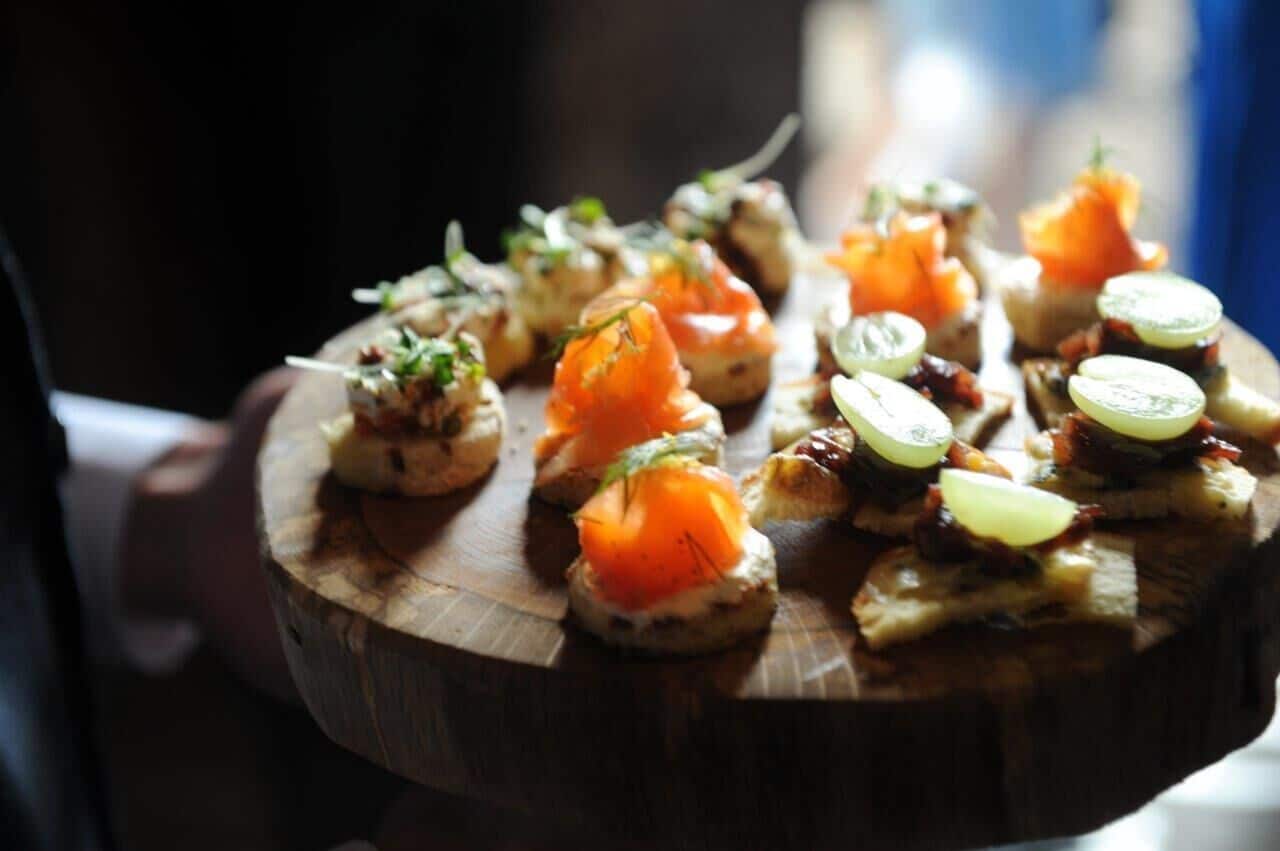 Fortunately, it began to rain just as they were called for dinner.

“The wedding breakfast had two options regular and vegetarian, or as the guests called them Team Groom or Team Bride, as I’m a vegetarian”

Pork and Herb Terrine with a Red Onion and Grape Chutney

Mozzarella and Rocket Salad with Tomato and Chilli Salsa (v)

Followed by Tea and coffee. 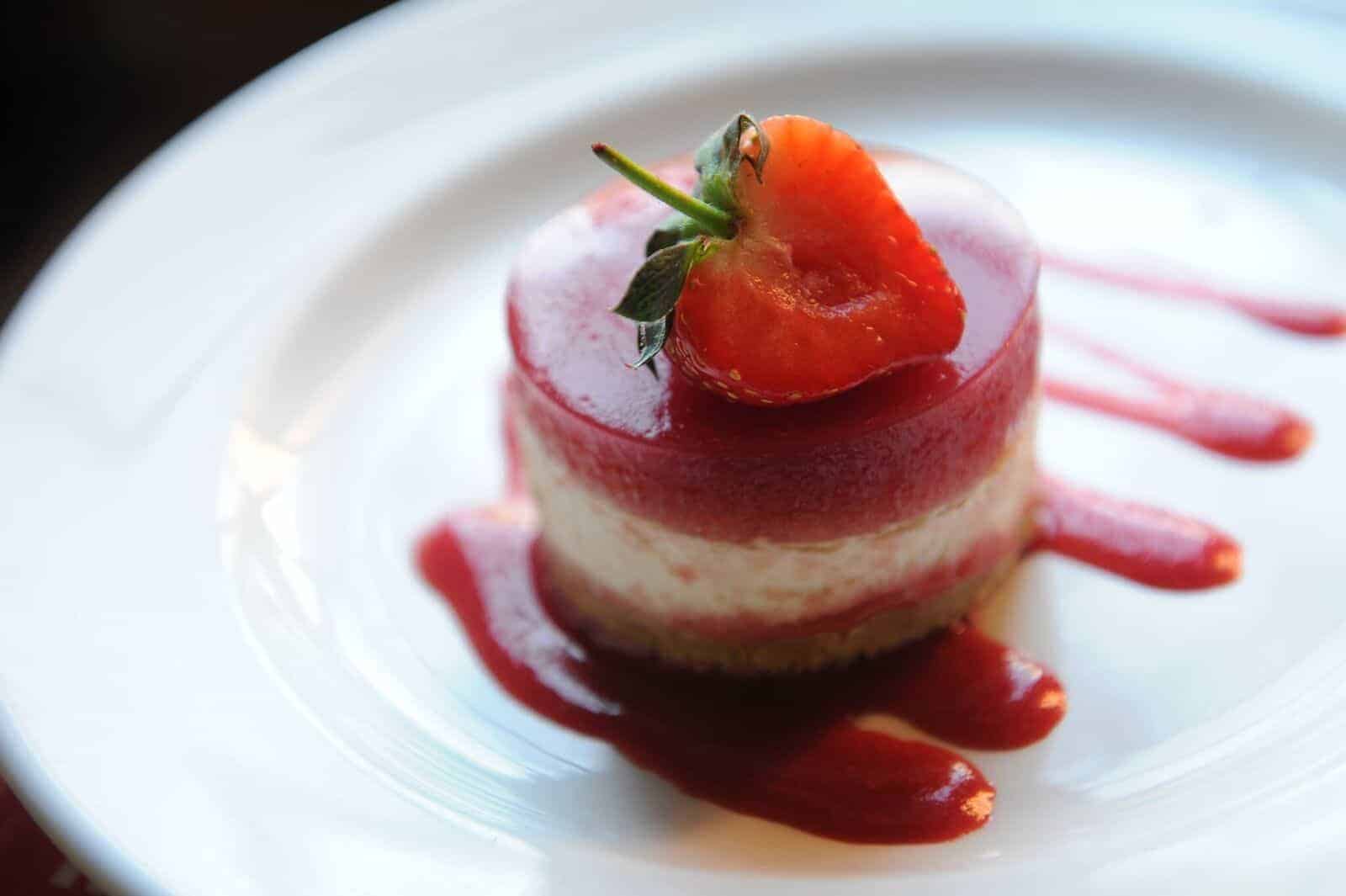 Once the meal had come to an end everyone then spilled out into the courtyard for garden games where the sun was shining again! 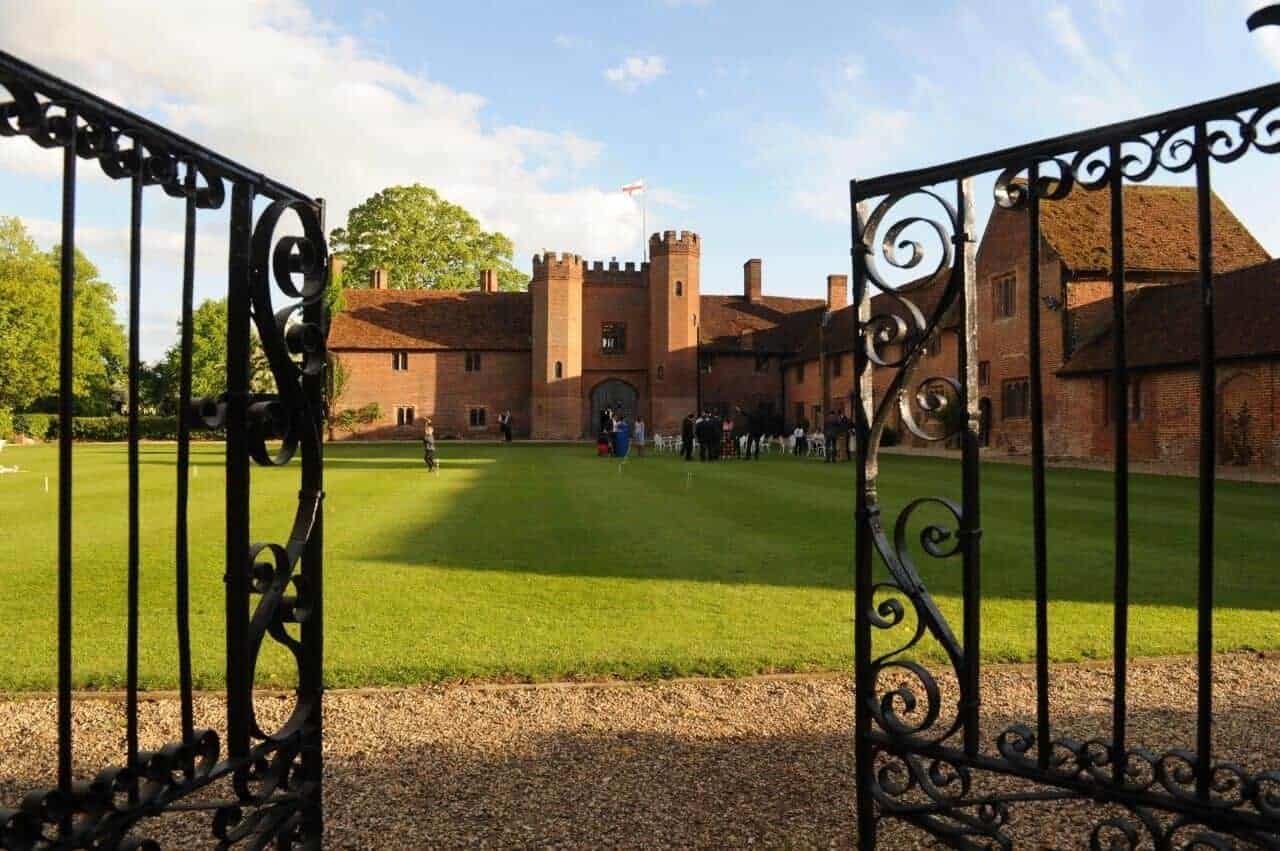 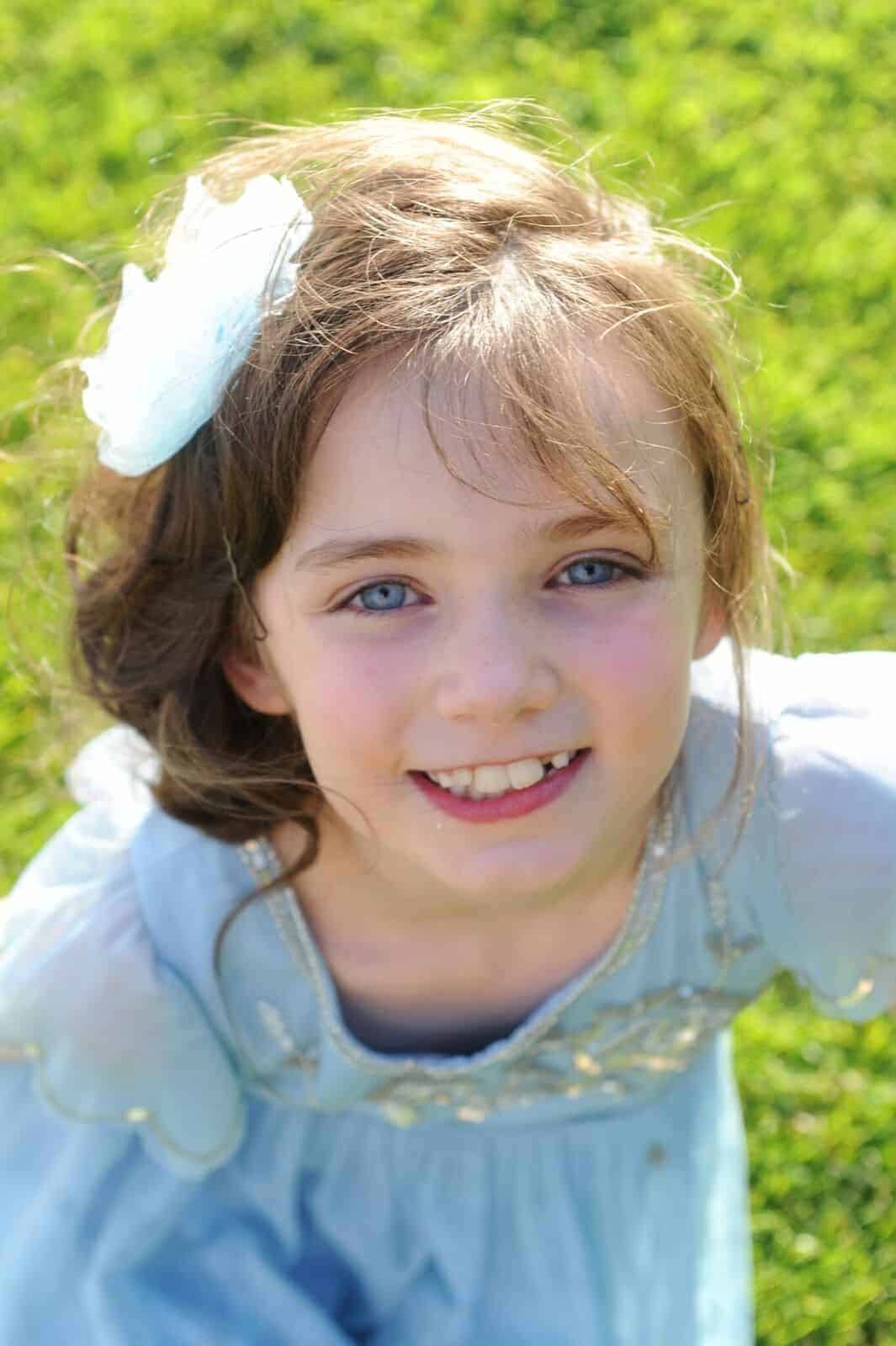 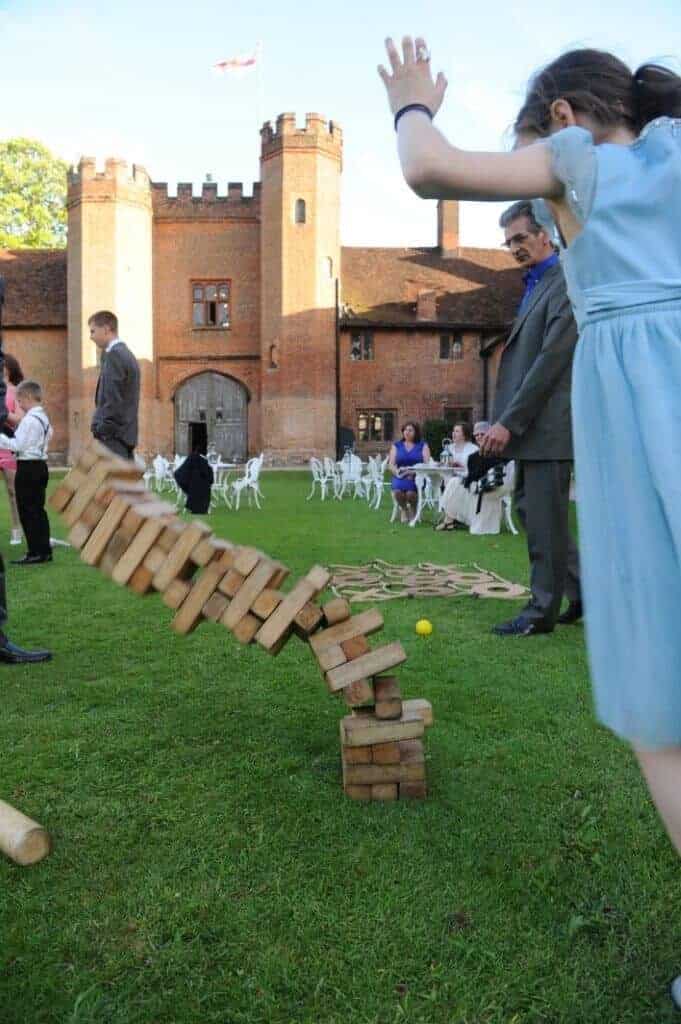 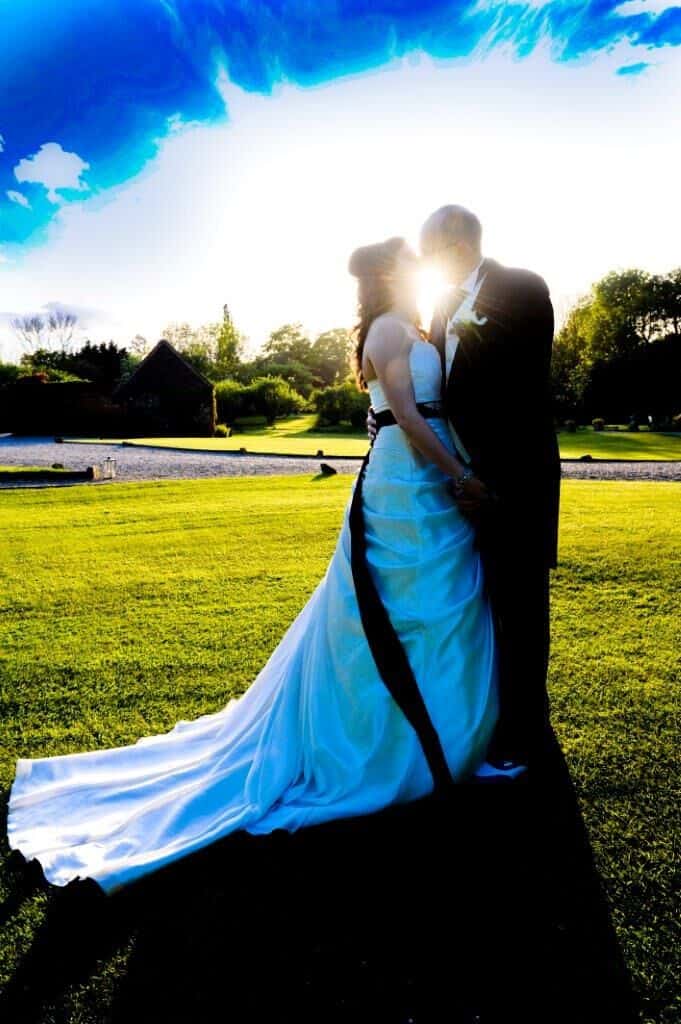 “I took a moment to refresh in the bridal dressing room in the main house, taking in the enjoyment of everyone playing from an elevated position.  It got quite competitive!” 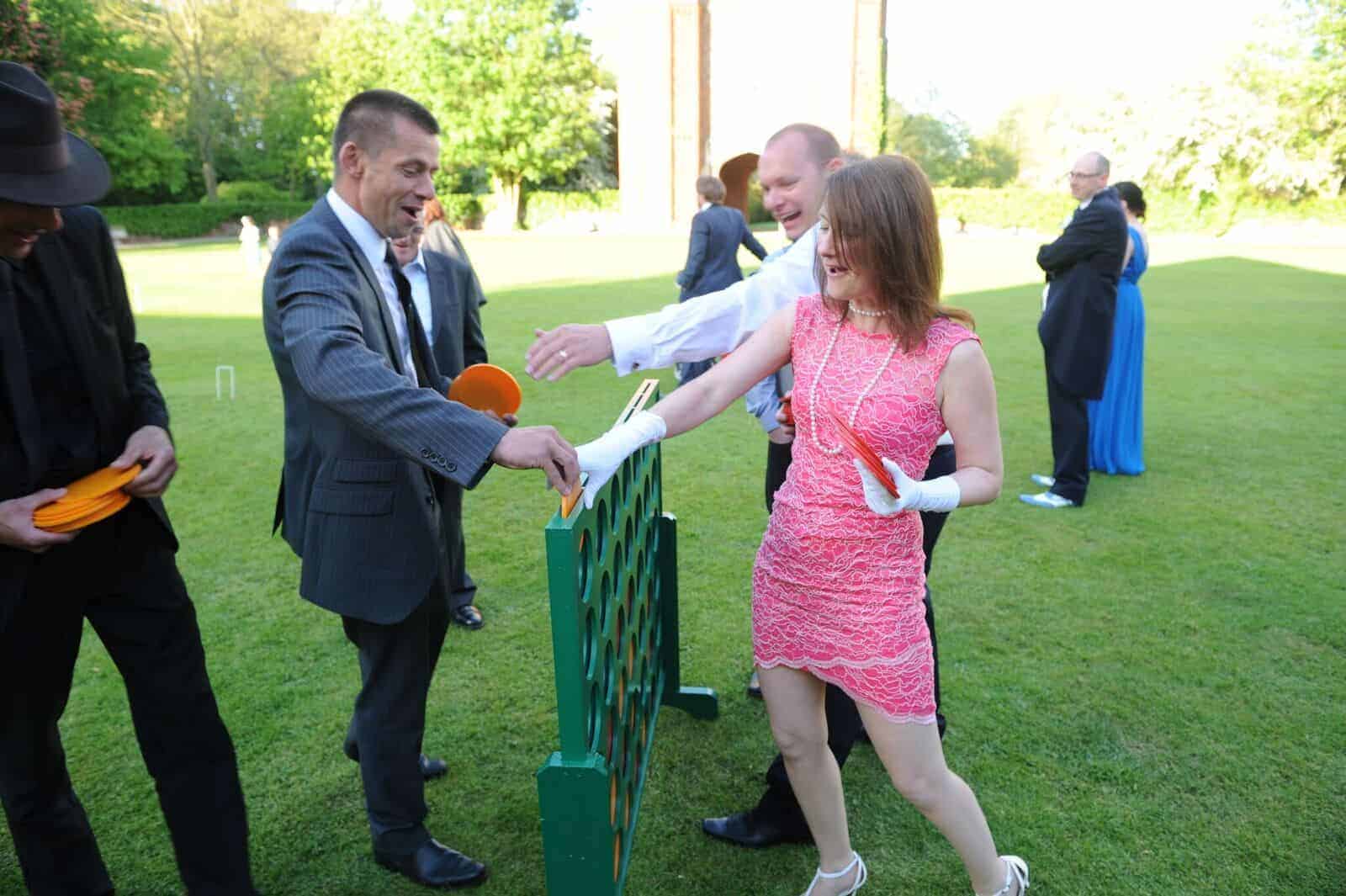 “We had the Leez Priory DJ for the evening, who provided the right balance of music, mainly 90s tunes.  We even had a mad ‘rave’ moment!” 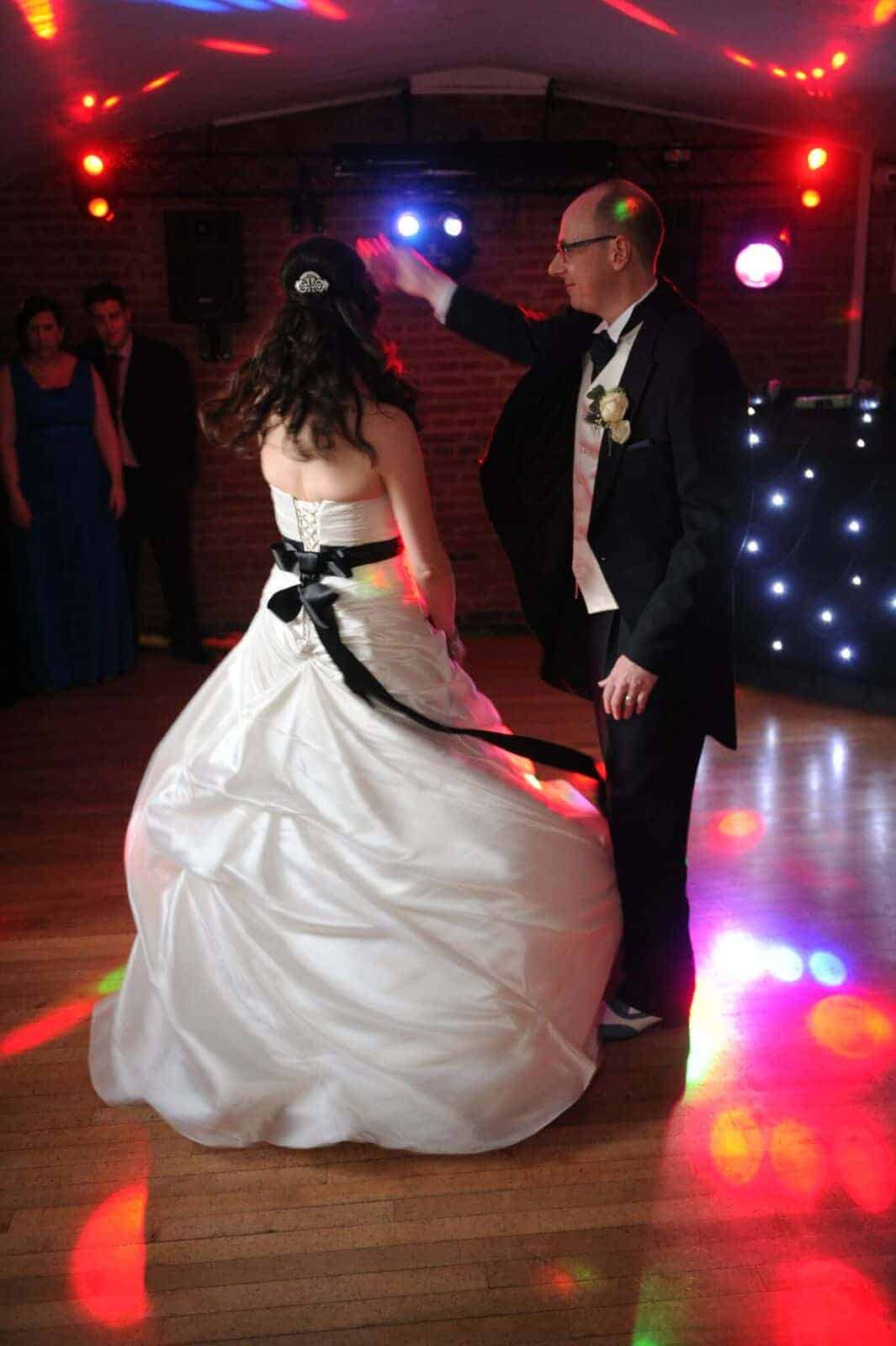 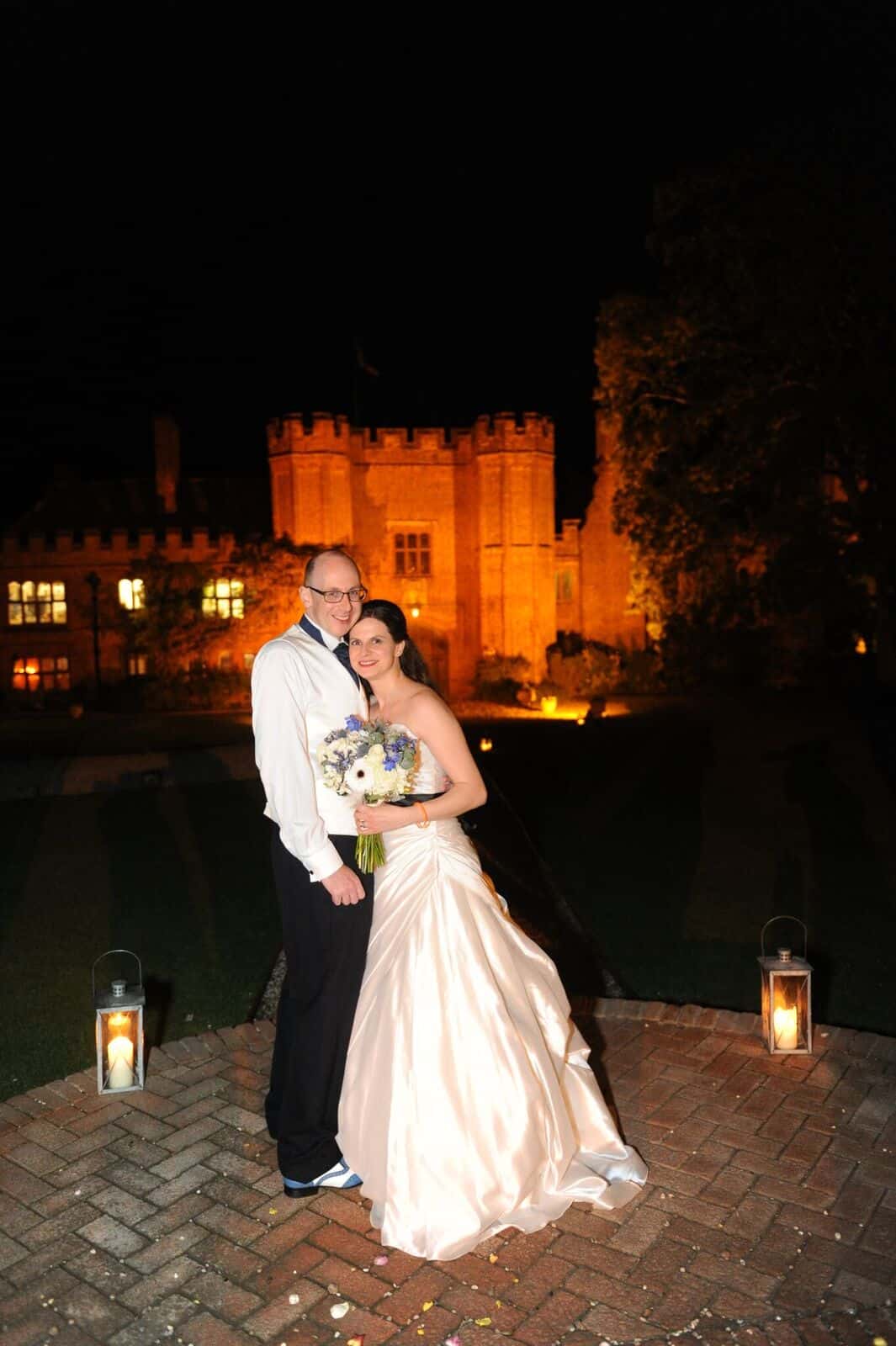 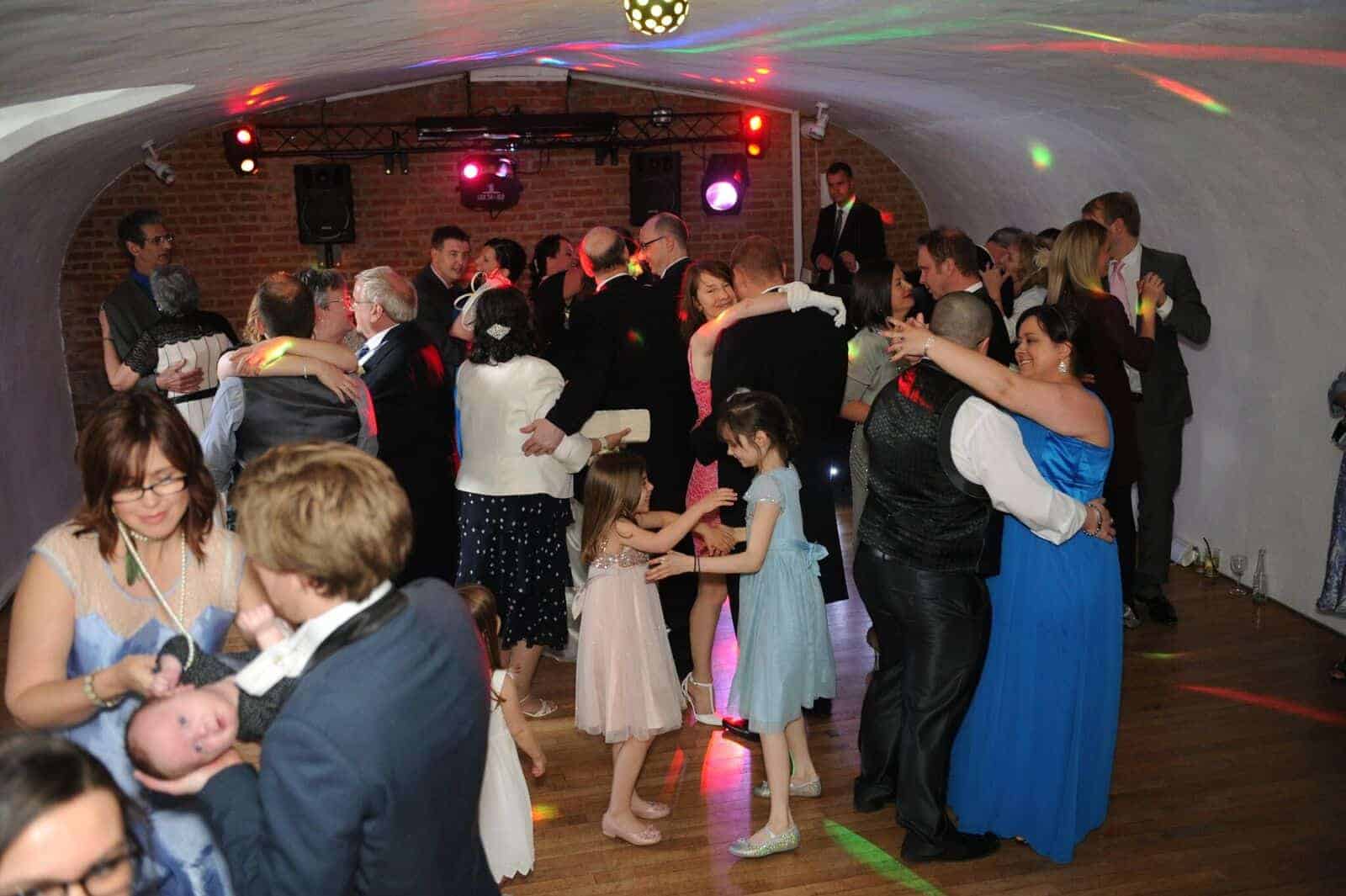 “Our first dance was ‘Love is All Around’ by Wet Wet Wet.  Again, from our first date at the cinema to see ‘Four weddings and a Funeral’.  We practiced formal dancing, but did not have a routine.  I just ensured that we could do a few twirls.”

“The evening buffet was a BBQ with steaks, sausages, yakitori, prawn/salmon kebabs and halloumi, with salads and wedges.” 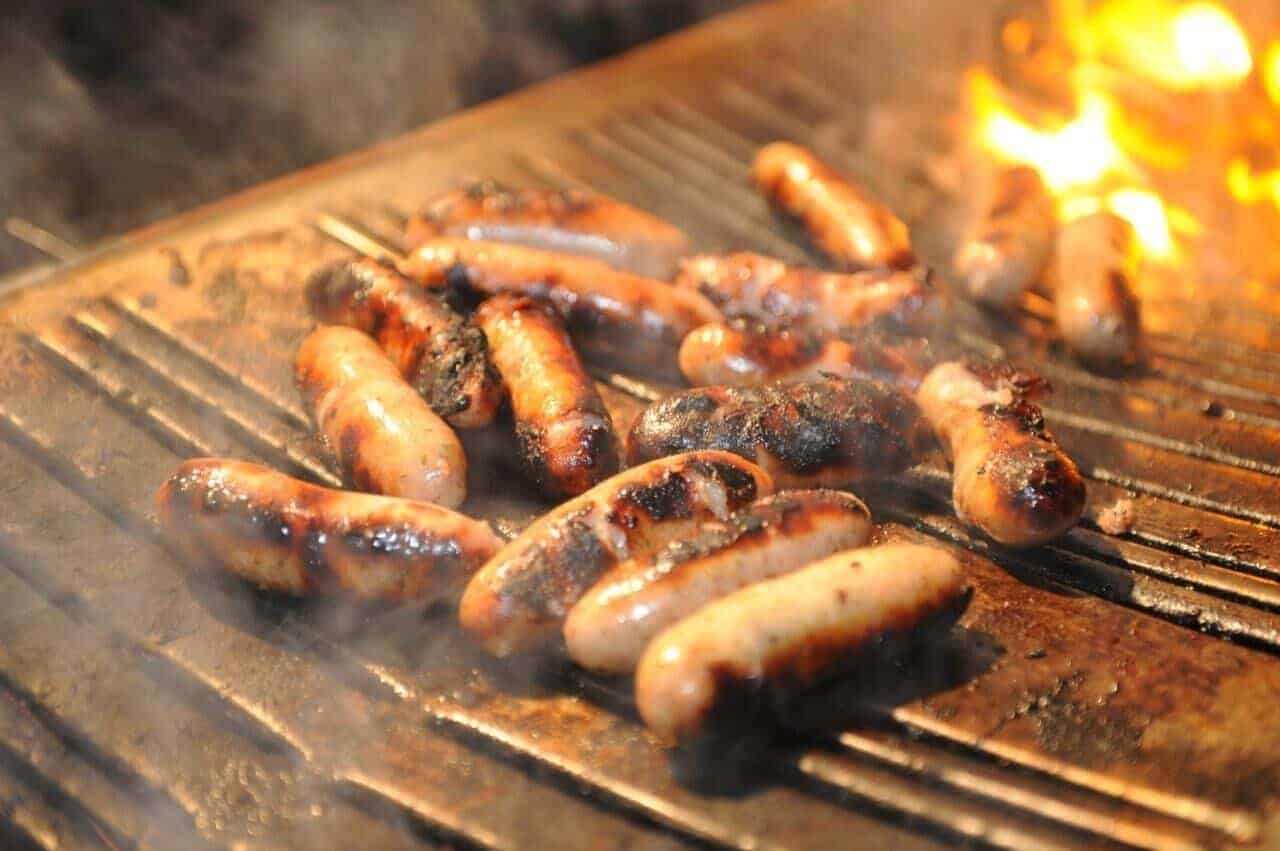 Spreadsheets are a lifesaver, not only to monitor the budget, but guest lists, food options and so on.

Have a notebook with you, so can jot down ideas. Take it to venues for reference.

Don’t be afraid to delegate and ensure your team are up to the task!

Schedule in non planning time to relax, to get some downtime from the madness. Use that notebook to empty your head of ideas.

Remember you can’t please everyone, it’s your wedding after all!

“If we could do it all again, we’d have patience for RSVPs.  Guests will always drop out, even with save the dates, so don’t panic.  Those that will want to really be there, will be there and that’s all that matters.

Even though it was extremely short notice, I was glad, as it meant that decisions on things had to be made quickly.”