The society wedding of the year: when Miss Middleton became Mrs Matthews 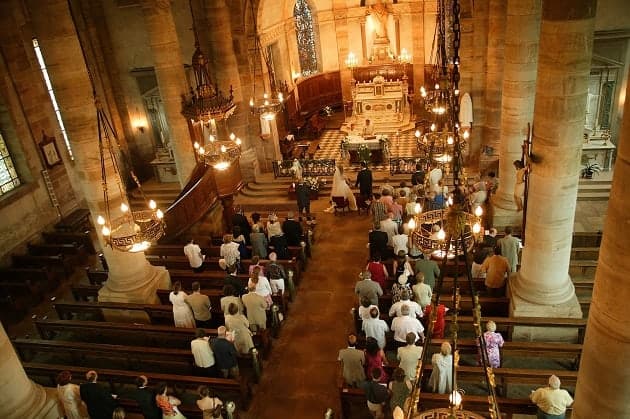 This was the most talked about wedding of the year so far. Every detail was the topic of discussion. From the guest-list to the fashion on display, down to the menu and wedding dress designer. Now the dust has settled and we’ve seen the endless photographs, it’s time to get the lowdown on what really happened when Miss Middleton became Mrs. Matthews – the future Lady Glen Affric!

All eyes on me

In the weeks leading up to her wedding all that anyone could speak about was Pippa’s ‘No Ring, No Bring’ policy, which she used cut down her guest list. There were rumours that this policy was introduced to keep all the attention where it should be on a wedding day – on the bride! The rival for public attention was said to be Meghan Markle, Prince Harry’s current squeeze.

Prince Harry and the stunning thirty-five year old American actress have now been dating for over a year, although the prospect of a wedding seems far off. As it turned out, Miss Markle did attend the wedding, but only for the evening reception. Despite her confirmed attendance and Prince Harry’s alleged 100 mile round trip to fetch her to the do at 8pm, people remain insistent that Pippa Middleton was adamant that she did not wish to be upstaged by the ‘Suits’ actress on her Big Day. 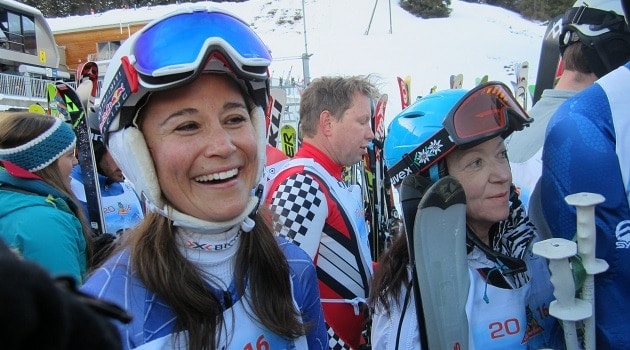 Pippa’s policy might have been motivated by a desire to keep costs down, although given the reputed price tag on her Giles Deacon dress this probably isn’t the case. Costing in the region of £40,000, the Giles Deacon designed dress had a cap sleeve, high neckline and a corseted bodice. Coupled with draping on the front and a heart-shaped detail at the back, the silk cotton lace fabric was hand appliquéd onto the dress to create the illusion that the dress is seamless.

The dress also featured pearl detailing over an organza and tulle underskirt. There were endless layers of tulle to give the dress a divine movement that resembles floating. The bride’s veil was also bespoke, designed by Stephen Jones. It was made from fine tulle and embroidered pearls. The bride wore an opulent tiara handmade by Robinson Pelham. To finish her look, Pippa wore Manolo Blahnik pumps made from ivory satin.

On the big day

On the day itself, Pippa arrived at the grand Elizabethan Englefield House, Berkshire in a green open top Jaguar E-type. The day started at St Mark’s Church in Englefield where the bride was accompanied by her sister Catherine, the Duchess of Cambridge. It surprised most people to discover Kate was not a bridesmaid, although she was named Pippa’s Maid of Honour. The reason for this is actually rooted in old wedding traditions.Bridesmaids were typically selected from the bride’s group of unmarried female friends as a way of advertising them as marriage material. Given the large crowds typically at weddings, this would serve as a method of marrying them off.

Catherine was still Pippa’s Maid of Honour, but because she is married her official title is ‘Matron of Honour’. Prince George and Princess Charlotte were page boy and flower girl for Pippa on the day, although she did not have any grown up bridesmaids, instead having eight young children as her bridesmaids and page boys. Rather than wearing a conventional bridesmaid dress in her role as matron of honour, the Duchess of Cambridge looked radiant wearing a blush pink, 1940s inspired Alexander McQueen suit with matching fascinator.

This high society wedding was organised with military precision – understandable given that the guest list was packed with the cream of society. Names such as Princess Eugenie, Prince Harry, Prince William, tennis legend Roger Federer, ITV broadcaster Tom Bradby and reality star Spencer Matthews, who was the best man, graced the guest list. They were served a luxurious menu consisting of foie gras, langoustine and parmesan, rounded off with a traditional fruit cake and washed down with Ruinart Blanc de Blancs champagne. Other dishes included Muntjac carpaccio with a mushroom filling, Serrano ham and asparagus with hollandaise sauce.

Pippa and James jetted off on their honeymoon to the luxurious Pacific island Tetiaroa for a week before heading to the Scottish highlands. @hitchedcouk says anyone can “find the perfect place for your mini-moon in Scotland”. Scotland is a surprisingly romantic location for your honeymoon or mini-moon due to its dramatic landscapes and fascinating culture. If you go to Scotland for your honeymoon you can have fresh air, country walks and lively nightlife wherever you stay so it’s worth checking out – especially if you want a taste of the new Mr and Mrs Matthews’ glamorous marital bliss.