Home / Blog / The history of weddings

The history of weddings 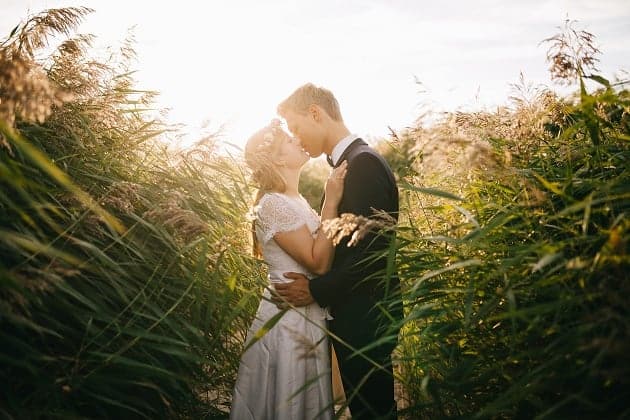 Where did the traditional white wedding come from in the UK? Well, in this post, we explore the rise of marriage as a sign of affluence and a celebration of romantic love and trace its roots back even further, to when marriage was seen in purely political and religious terms.

The roots of marriage: religious and political

The BBC explores weddings’ Anglo Saxon roots, that were far more the idyllic picture of romance we see in modern society:

“For the Anglo-Saxons and Britain’s early tribal groups, marriage was all about relationships – just not in the modern sense. The Anglo-Saxons saw marriage as a strategic tool to establish diplomatic and trade ties, says Stephanie Coontz, author of Marriage, A History: How Love Conquered Marriage. “You established peaceful relationships, trading relationships, mutual obligations with others by marrying them,” Coontz says.

This all changed with the differentiation of wealth. Parents were no longer content to marry their children off to just “anyone in a neighbouring group”. They wanted to marry them to somebody as least as wealthy and powerful as themselves, Coontz explains. “That’s the period when marriage shifts and becomes a centre for intrigue and betrayal.”

In the 11th century, marriage was still perceived in economic and political terms; with male family members (normally the father’s) making arrangements for marriage based on their political and economic ambitions.

In the 12th century marriage took on religious significance, when the the Roman Catholic Church declared marriage as a sacrament, sanctioned by God, and began to perform wedding ceremonies within its churches. The Reformation of the Sixteenth Century AD subsequently rejected the notion that marriage was a religious sacrament; declaring it as a lifelong commitment between a man and a woman.

The rise of the white wedding

The ‘white wedding’ that we see today only came about in the Victorian era. The traditional white wedding dress was seen as a symbol of wealth; highlighting that a family could afford to purchase a special dress that would only be worn once.

The Victorian era also welcomed the notion of marriage a as a romantic choice; men formally courted women (with permission from her parents) and women carefully deliberated her options and made her choice. Yesterday highlights the intricate, formal courtship that took place before a marriage was agreed to and finalised:

“Once formally introduced, if a gentleman wished to escort a lady home from a social function he would present his card to her and at the end of the evening the lady would review her options and chose who would be her escort! She would then notify the lucky gentleman by giving him her own card requesting that he escort her home.”

Beyond the church walls

While weddings were traditionally held in churches, today there are now a variety of official wedding venues across the country. Leez Priory was the first licensed venue in the UK, setting a trend for holding weddings in striking, alternative venues across the UK.