Home / Blog / Stepping back through history

Stepping back through history

Leez Priory, which lies in the countryside between Chelmsford and Braintree, was founded as an Augustinian priory in about 1220 by Sir Ralph Gernon. In 1536 the priory was suppressed during Henry VIII’s Dissolution of the Monasteries and the property was granted to Sir Richard Rich, one of the King’s key advisors.

Rich has not enjoyed a good reputation through the centuries. He began his career as a lawyer but rose swiftly through the ranks of the court of Henry VIII, where he played a major role in persecuting those who did not follow the new Church of England. 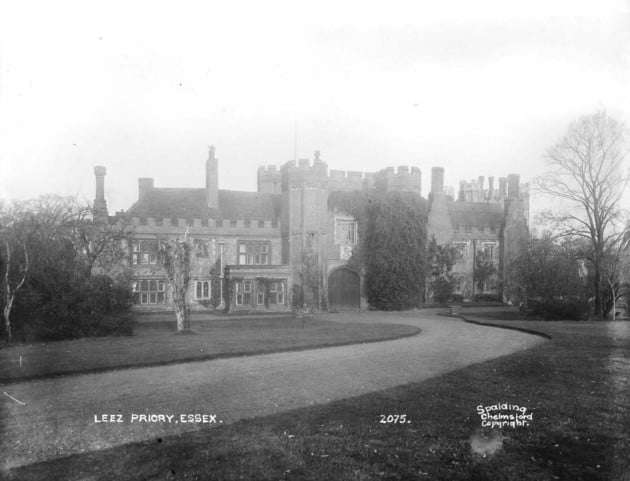 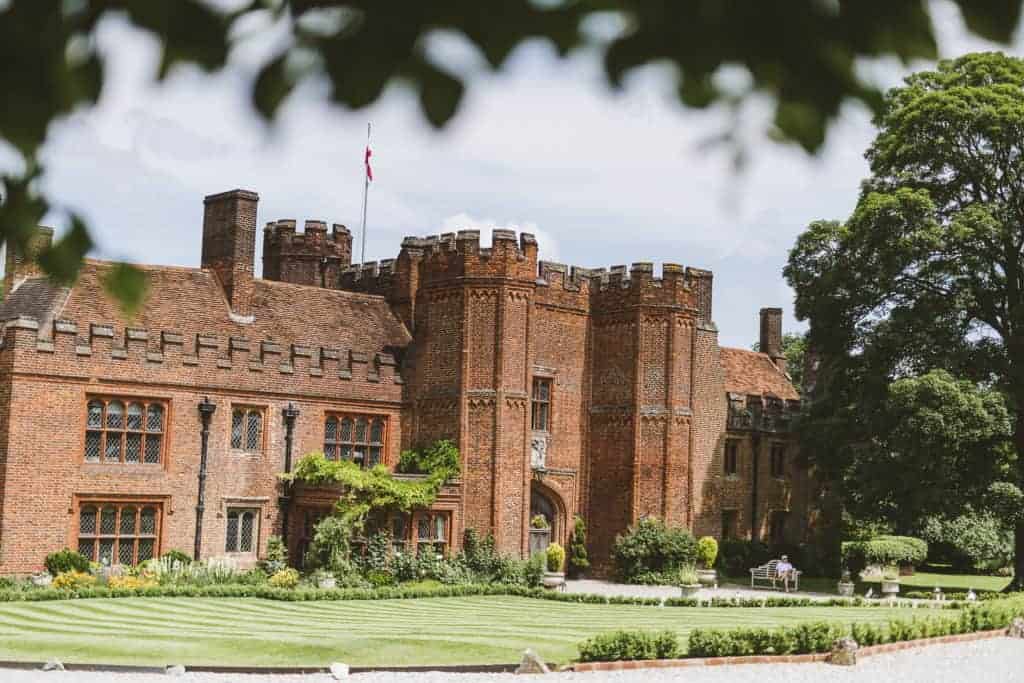 During the Dissolution, Rich was Chancellor of the Court of Augmentations, which was responsible for redistributing the wealth of the monasteries. Rich personally did very well out of the Dissolution, acquiring not only Leez but about a hundred manors in Essex and properties elsewhere.

Despite the role he played in destroying the Catholic Church under Henry VIII and Edward VI, under Mary I he actively joined in the campaign to restore the old religion. 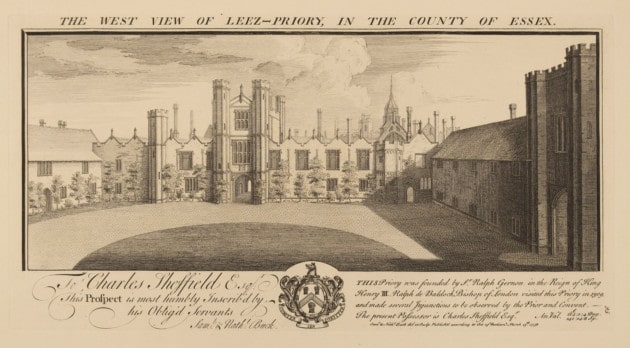 Rich founded Felsted School in 1564, possibly to make some amends for the loss of the educational opportunities which had been provided by the priory. He and his wife had 15 children and he also had an illegitimate son who he openly acknowledged. He died in 1567 and is buried at Felsted church.

In 1561, while Rich was still alive, he was visited at Leez Priory by Elizabeth I, who stayed for four days. She made two further visits during the lifetime of Rich’s son, Robert, in 1571 and 1579.

The house passed through several generations of the Rich family until it was sold in 1753 to Guys Hospital, who rented it out as a private residence. Much of the house was demolished and the remainder was used largely as a farmhouse until the end of the 19th century.

Leez Priory was purchased in 1905 by Montagu Edward Hughes-Hughes, a retired stockbroker from London. Hughes-Hughes was clearly a man of means. In 1901 he was living in a house in Kensington with his 14-year-old daughter, Lydia, as well as five servants to look after the two of them. He was a widower at this point, his first wife, also Lydia, having died in 1887, aged 27, just three years into their marriage.

By the time of the 1911 census, father and daughter were living in Leez Priory, along with a new arrival on the scene, a daughter named Leslie born in 1905 after Hughes-Hughes remarried in 1902. He had been widowed for a second time in 1910, but married for a third time in 1914, to 26-year-old Kate Gorham, when he was aged 60.

Hughes-Hughes’s eldest son, born to him and his first wife in 1884, William Montagu, was killed in action in France on September 25, 1915, aged 30. In 1920 Hughes-Hughes unveiled the war memorial in the parish church of Little Leighs, which included his son’s name. Hughes-Hughes lived until the age of 84, dying in 1938. His third wife outlived him by many years, dying in 1971. 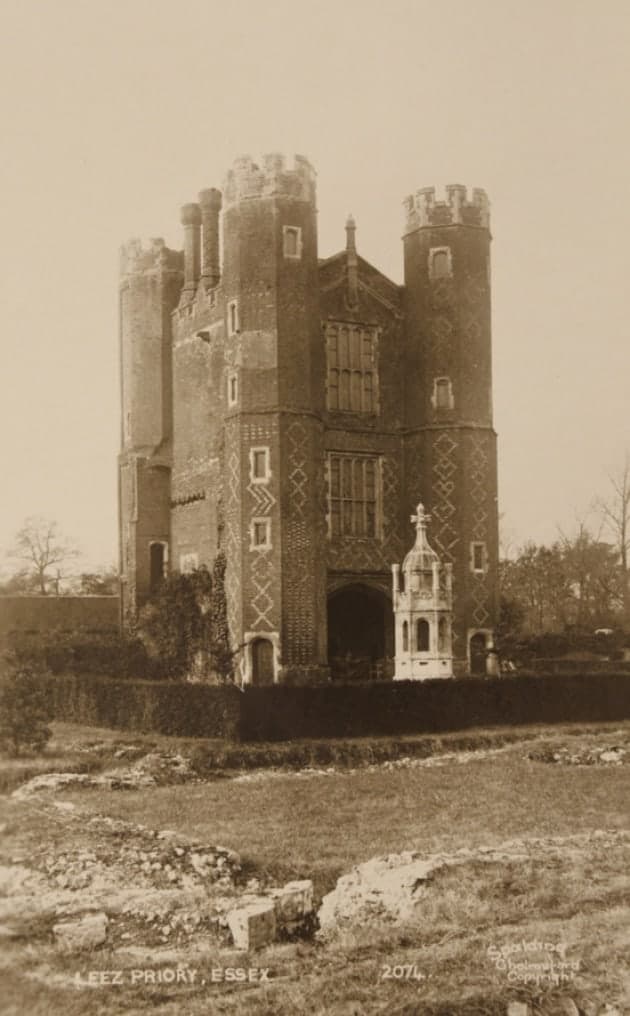 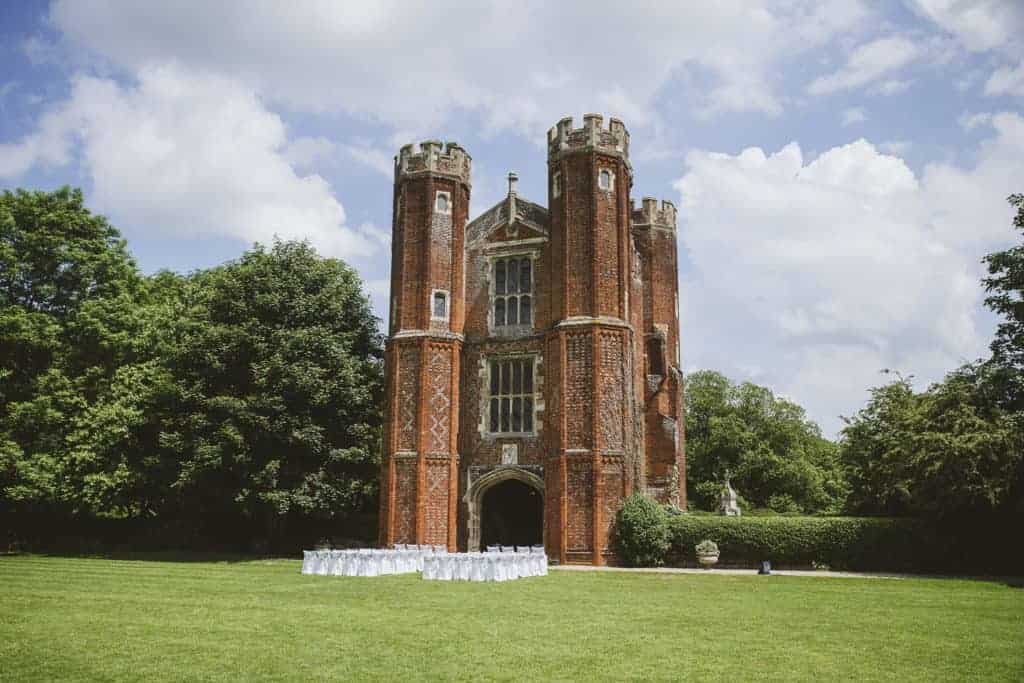 In the late 1980s Leez Priory was purchased by the Country House Weddings Group and in 1995 it became the first country house in England to be granted a licence to conduct civil ceremonies. This Grade I listed building continues to be a popular wedding venue today.

If you would like to know more about Leez Priory please call us on 01245 362555 to purchase one of our history books. 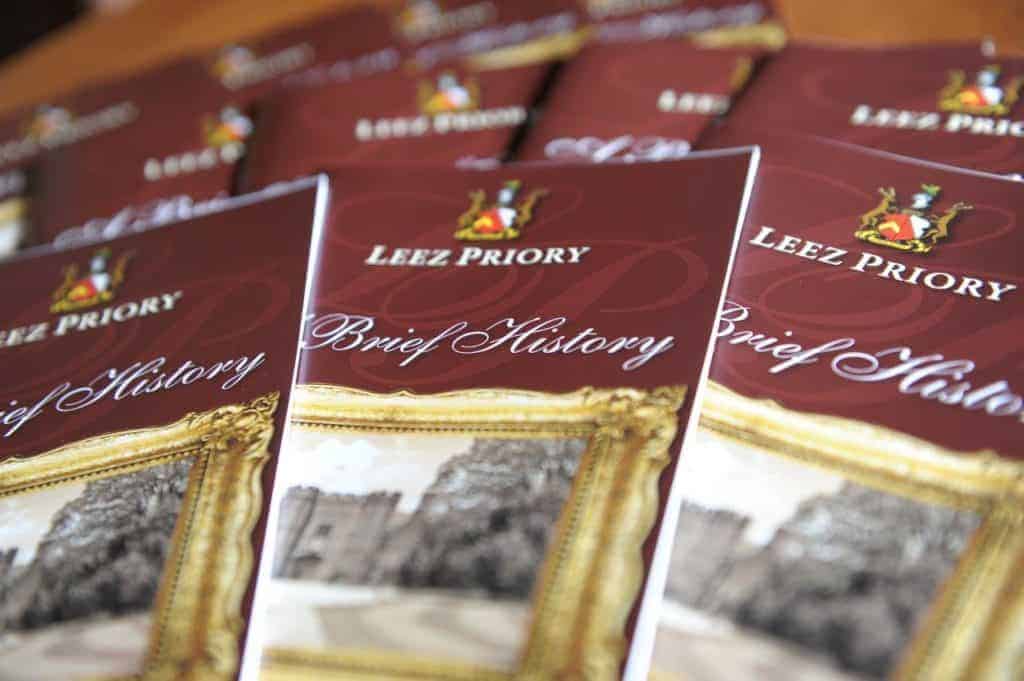 Leez Priory is recognised as an Extra Mile Venue