Home / Blog / Which flowers will suit your venue: Leez Priory

Which flowers will suit your venue: Leez Priory

Leez Priory is one of four beautiful venues on the Country House Weddings list. Bursting with Tudor charm and old English aesthetics, Leez Priory is a shining gem of British heritage. It has delighted many guests, including Ben and Maria, who featured in our recent Real Weddings post. Founded as an Augustinian priory in 1220, the house has an illustrious history. 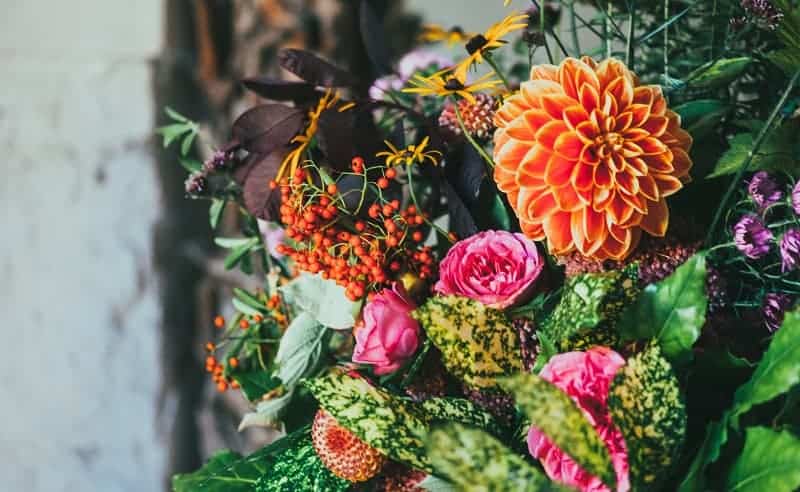 Since its transition from a private home to a wedding venue in 1989, Leez Priory has won numerous awards. As a testament to the hard work put into each and every wedding, Leez Priory has won several awards. It was recently shortlisted for “Best Historic Wedding Venue” in the UK Wedding Awards of 2017, and won the “Best UK Wedding Venue” in Wedding Ideas Magazine in 2014.

In hiring Leez Priory you’re enjoying more than just a venue. It offers a magnificent slice of history and grandeur.

Although Leez Priory was built before Tudor times, it has come to represent this era of history. With its bright red brickwork and Shakespearean air, it is best accompanied by Tudor-style flower designs.

When we consider of Tudor style bouquets and centrepieces, we need to ensure they are locally sourced, British flowers. It’s a natural and rustic theme. A cursory glance through Pinterest will offer many styles that represent the Tudor era, and some great inspiration.

Remember, the clothes of the Tudor period were usually a mix of berry colours like dark purple, maroon, often juxtaposed with burnt oranges and blacks. Go for a mix of beautifully rich and dark coloured flowers, like roses and violets.

Ideally, you should be inspired by some of the court paintings from the time of Henry VIII and Elizabeth I. Take a closer look at the banqueting table scenes, and you will see that flowers were often mixed in with fruits, like grapes, apples and other English fruity favourites.

This was an era not too long after the Middle Ages. So, decorations were a blend of rustic and luxurious.

A wonderful place to look for some Tudor floral inspirations is The English Garden. In an article detailing the extensive philosophy behind the Tudor garden, they write:

“Order, power and conceit are the watchwords for the Tudor dynasty and their gardens, with white for purity of purpose and green for strength and virility. In this period, the Renaissance ideals of controlling and improving nature replaced the naturalistic, medieval approach.”

Finally, if you’re after some hands on inspiration, search out any local Tudor manor houses or churches that have still kept their Tudor gardens in full bloom. It’s always a great way to get the creative juices flowing.

What’s your big plan for your bridal gown?

Should I set up a wedding registry?

5 cosy touches that your wedding guests will love

How soon is too soon to choose your wedding party?

Why Christmas is the perfect time to propose